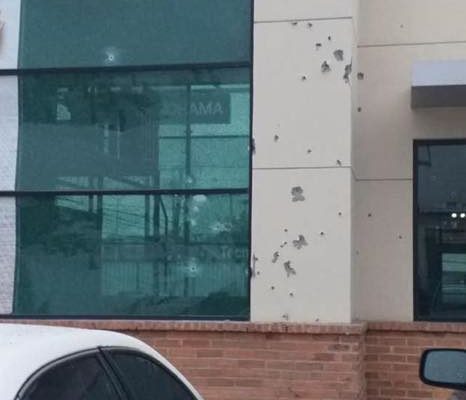 SAN ANTONIO (KTSA News) — A warning from law enforcement along the Texas – Mexico border after violence breaks out between cartel members and Mexican Police.

Laredo Police and Webb County Sheriff’s deputies are watching out for any possible spillover from what they say was “an intense shootout” between cartel members and Tamaulipas State Police.

The shoot out went on for hours in several spots around Nuevo Laredo.

Webb County Sheriff Martin Cuellar took to social media to warn people to stay away from Nuevo Laredo until things calm down.

Cuellar states that explosives and high caliber machine guns were used during the shootout.