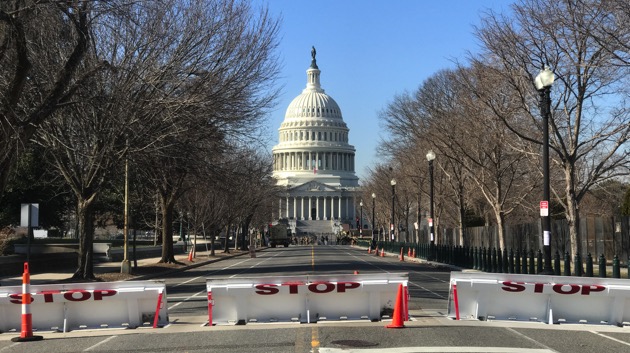 (WASHINGTON) — Lawmakers announced on Friday that after months of stalled negotiations they had reached an agreement on a 9/11-style commission to investigate the Jan. 6 attack on the Capitol.

While Republicans had called for the commission to also look into violence stemming from left-leaning groups, the legislation calls for an investigation only into the riot at the Capitol and “the interference with the peaceful transfer of power, including facts and causes relating to the preparedness and response of the United States Capitol Police… as well as the influencing factors that fomented such attack on American representative democracy.”

Republicans also gained concessions in that Democrats and Republicans will get equal subpoena power on a body with an even partisan split.

A vote on the commission bill is expected on the House floor next week, but the timing for a vote in the Senate is still unclear.

“It is imperative that we seek the truth of what happened on January 6 with an independent, bipartisan 9/11-type Commission to examine and report upon the facts, causes and security relating to the terrorist mob attack,” House Speaker Nancy Pelosi said in a statement.

“Today a bipartisan agreement to form such a commission has been reached, with legislation to create it set to reach the Floor as soon as next week,” the statement said.

The announcement of an agreement follows months of intense negotiations between Republicans and Democrats on the size and scope of the commission. It also comes as the facts about the Jan. 6 riot continue to be disputed by Republican members of Congress and just days after Rep. Liz Cheney lost her GOP leadership position in the House for speaking out against the “big lie” that the 2020 election was stolen from former President Donald Trump — the same baseless narrative that led to the Capitol insurrection over four months ago.

On Wednesday, during a hearing on the Capitol riot, Republican lawmakers floated various conspiracy theories about Jan. 6, including that those who stormed the Capitol weren’t actually Trump supporters and that there was no “insurrection.” Rep. Andrew Clyde, R-Ga, compared the breach of the Capitol with a “normal tourist visit.”

“We will find the truth,” Pelosi responded during her weekly press briefing on Thursday, saying the comments “fell into the range of sick.” “And we’re hoping that we can do so in the most bipartisan way possible. I think that that’s essential. But I think it’s also important to the American people to have confidence in the results of such an investigation.”

The agreed-upon commission would include 10 members with significant expertise in the areas of law enforcement, civil rights, civil liberties, privacy, intelligence and cybersecurity. Current government officers or employees would be prohibited from appointment, according to the bipartisan duo, and each party would select five members to be on the commission.

The commission would have the authority to issue subpoenas as part of its investigation, but that would require agreement between the chair and the vice-chair, or a vote by a majority of commission members, according to the bill text.

The body would also be required to issue a final report with findings regarding the facts and causes of the attack, along with recommendations to prevent future attacks on American democratic institutions by the end of the year.

“I haven’t looked all the way through it,” McCarthy said, adding that he believes the commission should look at all political violence, instead of the narrower scope that Democrats have called for.