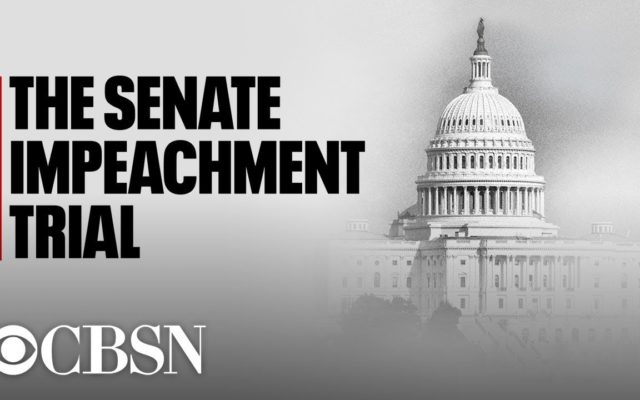 ▶ Watch Video: Senate to receive article of impeachment, triggering Trump trial
When former President Trump is tried again for impeachment, it will be Senator Patrick Leahy, the president pro tempore of the Senate, who will be presiding, rather than Supreme Court Chief Justice John Roberts.

“The president pro tempore has historically presided over Senate impeachment trials of non-presidents,” Leahy confirmed in a statement on Monday. “When presiding over an impeachment trial, the president pro tempore takes an additional special oath to do impartial justice according to the Constitution and the laws. It is an oath that I take extraordinarily seriously.”

A Leahy aide said over the weekend that it was not the senator’s preference to preside over the trial. But the Vermont senator also said that he considers his role as president pro tempore as “one of the highest honors and most serious responsibilities of my career. ”

“When I preside over the impeachment trial of former President Donald Trump, I will not waver from my constitutional and sworn obligations to administer the trial with fairness, in accordance with the Constitution and the laws,” Leahy said.

He noted in an interview with MSNBC on Sunday that he also has another job to do at the same time — as the chair of the appropriations committee, he’ll also be heavily involved in negotiations over President Biden’s COVID-19 economic relief package.

Senators will be sworn in this week for former President Trump’s trial. The article of impeachment will be delivered to the Senate at 7 p.m., and then presented and read to the senators. The House impeachment managers and Mr. Trump’s defense team will then have two weeks to prepare for the trial, and the trial will begin on the week of February 8.

The House impeached Mr. Trump on January 13 on a charge of incitement of an insurrection. One week earlier, Mr. Trump had told a crowd of his supporters to “fight like hell” while Congress was counting the Electoral College votes, the last step in finalizing Mr. Biden’s victory. A mob of his supporters then stormed the U.S. Capitol, sending lawmakers fleeing and delaying the counting of the electoral votes for nearly six hours. Five people died as a result of the melee.