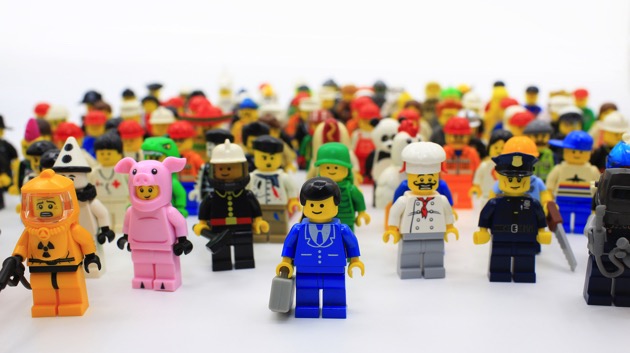 ONE TIME USE ONLY

(NEW YORK) — The Lego Group says it will remove gender bias from its iconic toys.

The Danish toymaker announced in a statement Monday, that it will get rid of gender references among its famous building block sets, after new research in a study commissioned by Lego found that “girls today feel increasingly confident to engage in all types of play and creative activities, but remain held back by society’s ingrained gender stereotypes as they grow older.”

The study carried out by the Geena Davis Institute in recognition of the UN’s International Day of the Girl also marked the launch of Lego’s new Ready for Girls campaign, which celebrates girls who rebuild the world through creative problem-solving.

“What we found is not only from the parents, but also from the boys that they were worried — that they would be teased or made fun of for playing with toys that would be say, associated with girls, so it was the fear of being shamed and made fun of,” Madeline Di Nonno, CEO of the Geena Davis Institute told Good Morning America. “With girls, they felt more confident than boys to engage in a variety of playing activity.”

According to the research, 4 in 10 girls and nearly 3 in 4 boys surveyed said they felt uncomfortable to play with toys presumably targeted to the opposite gender.

Parents are four times more likely to encourage girls to engage in dress-up than boys and twice as likely to encourage boys in computer coding than girls, according to the survey, which also noted that the boys and girls surveyed agreed with the idea that some activities are gender-specific.

Retail giant Target announced in 2015 that its stores would not classify toy aisles by gender, a move that also paved the way for proposed legislation requring large retailers to provide gender-neutral toy sections.

A California law signed by Gov. Gavin Newsom over the weekend makes it the first state that mandates large department stores to display products like toys and toothbrushes in gender-neutral ways.

“This isn’t a one-size-fits-all solution for every family — and parents should encourage what their kids love and what they’re interested in,” parenting expert Ericka Souter told GMA. “We want the world to be open to our children and don’t want them to feel limited by their gender — companies are responding to this growing demand.”

Lego said in a statement that it is “committed to making LEGO play more inclusive and ensuring that children’s creative ambitions – both now in the future – are not limited by gender stereotypes. We know there is work to do which is why from 2021, we will work closely with the Geena Davis Institute on Gender in Media and UNICEF to ensure LEGO products and marketing are accessible to all and free of gender bias and harmful stereotypes.”