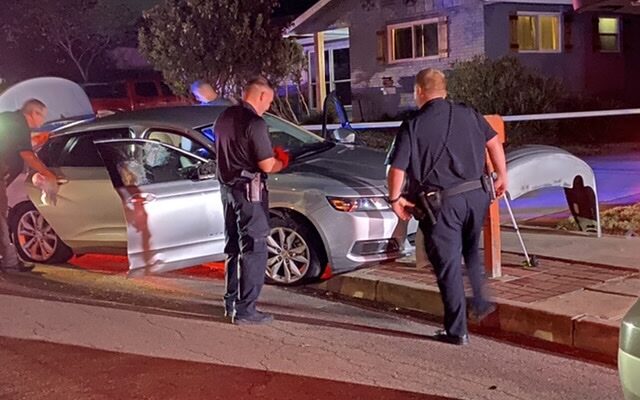 Leon Valley (KTSA News) – A driver accused of intentionally running over a Leon Valley police officer is in critical condition after being shot by police.

Chief Joseph Salvaggio says one of his officers pulled the man over for a traffic violation around 3 a.m. Monday, but the suspected drunk driver was uncooperative and refused to roll down his window.  The officer called for backup and two other officers arrived on the scene on Peachtree near Huebner Road.

“They ended up breaking the window to remove him,” Salvaggio told KTSA News. “While the door was open and the officer was reaching in, that’s when he threw it in reverse and backed up, which caught the officer in the doorway.”

The chief says the driver was dragging the officer backwards when the other two officers opened fire, striking the suspect at least twice.

The two officers who shot the suspect are on administrative leave pending the outcome of the investigation.