Lewandowski: Trump’s COVID diagnosis shows no one is immune 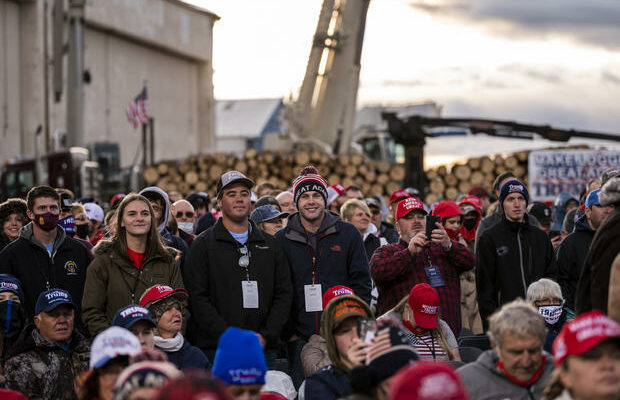 “This just goes to show that there is nobody in America that is immune from potentially catching this virus,” Lewandowski said in an interview on CBSN.

The president’s diagnosis came hours after the White House revealed that close aide Hope Hicks, who attended several recent events with Mr. Trump including his debate with Joe Biden in Cleveland Tuesday night, had also tested positive for the coronavirus.

The first lady said she was in similar health, tweeting: “Thank you for the love you are sending our way. I have mild symptoms but overall feeling good. I am looking forward to a speedy recovery.”

President Trump has repeatedly downplayed the virus at press conferences and campaign rallies — claiming last week that it “affects virtually nobody” even as more than 200,000 Americans have died. He continued to hold crowded campaign rallies and mocked his Democratic rival Joe Biden for wearing a mask.

Lewandowski said from his own experience he has “never been discouraged” from wearing a mask at the White House. Despite the president’s mixed messaging, Lewandowski said Americans “have embraced the wearing of masks,” which health experts say is one of the most important steps people can take to prevent the spread of the virus.

But he echoed Republicans’ criticisms of a national mandate to require them in public.

“I think it’s really important that people have a sense of personal responsibility and I think people should wear masks,” Lewandowski said. “I also think it’s up to individuals — you know, I’m a small government kind of guy, I don’t want the government mandating what I have to do.”

He said the Trump campaign was complying with state and local face covering mandates. However, pictures and videos from multiple campaign rallies — including Mr. Trump’s most recent event in Duluth, Minnesota — clearly show many supporters either lowering their masks or not wearing them at all.

“I’ll tell you this, whenever we have done a campaign stop… we mandate everybody who walks through those doors… they are handed a mask,” Lewandowski said. “I think that’s the right thing to do, and if somebody decides to take off their mask after we’ve given it to them, you know, I can’t as an individual force them to wear it.”

Lewandowski said Mr. Trump’s upcoming campaign trips to Florida and Wisconsin will be canceled as he and the first lady isolate.