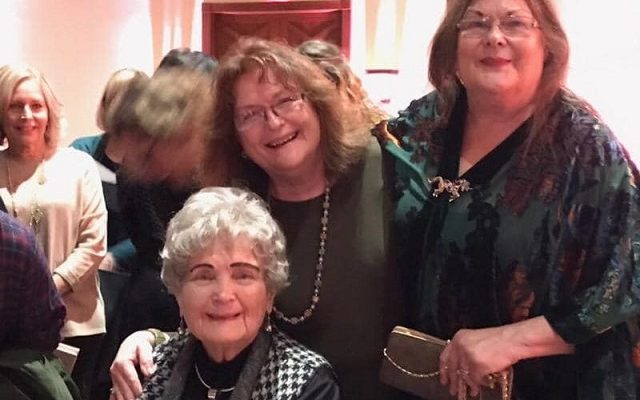 SAN ANTONIO _KTSA News) — The lady who served as the first female Mayor of San Antonio has passed away.

She was elected to city council in the late 1950’s and in 1975, she was elected Mayor. At the time, she was one of the first women to serve as Mayor of a major US city.

Cockrell served 3 terms and remained in the Mayor’s office until 1981. She chose to not run for a fourth term due to her husband’s poor health but upon his death in 1988, she returned for her fourth term as Mayor the following year.

She was also a fixture on many civic boards in San Antonio until she retired as President of the San Antonio Parks Foundation in 2013.

“If there were a Mount Rushmore for our city, Lila Cockrell would be on it. She was a great San Antonian. I deeply valued our friendship, which started through a mutual appreciation for jazz music, the arts and our environment. Lila’s generosity with her time, knowledge and insight was incredibly helpful.
She was a consummate statesman. She exuded class and never involved herself in the pettiness of politics despite all of the years that she was in the center of political life in San Antonio.

She was a stellar role model for young women and young men.

I don’t think she gets proper credit for ushering in an era of equal representation. She really did bridge the gap into the single-member district era. There would be no modern San Antonio without her leadership through that transition.”