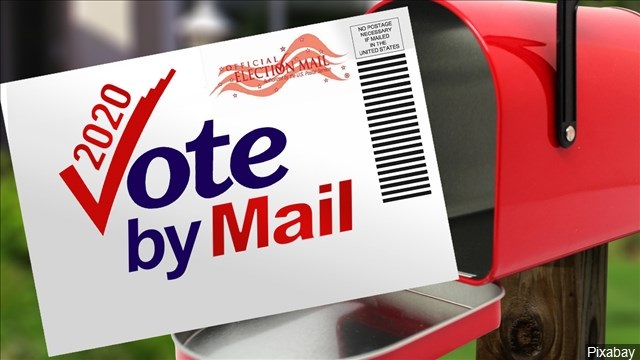 SAN ANTONIO (KTSA News) – If you’re a registered voter in Bexar County who’s 65 or older, you’ll be getting an application for a mail-in ballot, whether you requested one or not.

In the past, applications were sent only to voters who requested them, but with a large turnout expected in the November election amid the coronavirus pandemic, Bexar County commissioners says they’re taking steps to reduce long lines at the polls.  One of those measures is sending mail-in ballot applications to all eligible voters 65 and older.

“The sooner that you can fill it out and get the information in, the better it will be to make sure that we will have the delivery of it,” said Bexar County Judge Nelson Wolff.

Bexar County commissioners Tuesday approved nearly $47, 000 to print and mail about 200,000 applications for voting by mail.

“You certainly may want to take the opportunity to go ahead and use that mail-in ballot rather than coming to the poll, yourself,” said Wolff.

Meanwhile, Harris County is being sued over the issue of unsolicited applications for voting by mail. Texas Attorney General Ken Paxton filed a lawsuit Monday over plans to send unsolicited mail-in ballot applications to more than 2 million registered voters in Harris County, whether they’re eligible to vote by mail or not.

The Harris County Clerk announced August 25th on Twitter that the office “will be mailing every registered voter an application to vote by mail.”

Keith Ingram, director of elections for the Secretary of State, said in a letter to Harris County Clerk Chris Hollins stating that sending unsolicited vote-by-mail application forms “will confuse voters about their ability to vote by mail.  Ingram further stated,”An official application from your office will lead many voters to believe they are allowed to vote by mail, when they do not qualify.”

Ingram says it could also clog up the vote-by-mail infrastructure with “potentially millions of applications from persons who do not qualify to vote by mail.”

The lawsuit states that the vast majority of registered Harris County voters to whom Hollins intends to send applications to vote by mail are not eligible to cast mail-in ballots.  Paxton says no statute “empowers an early voting clerk to send a vote-by-mail application form to any applicant who does not request one from the clerk.”