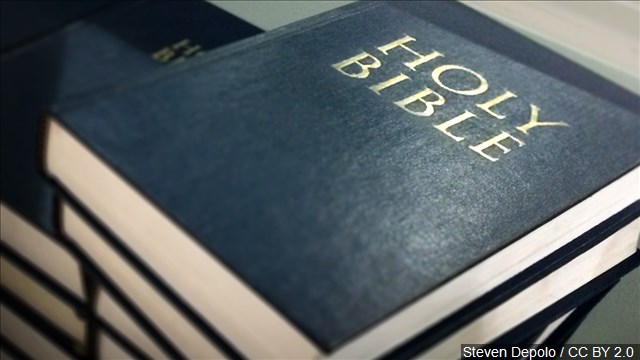 SAN ANTONIO (KTSA News) — The Lord was moving in a mysterious way in Bangor, Maine over the weekend.

At around 10 A.M. Sunday, a man and his family had pulled over to take some pictures.

They got out of their SUV and while they were snapping away, 27 year old Benjamin Parker saw the opportunity to break one of the Ten Commandments.

He hopped behind the wheel of the vehicle but before he could steal the ride, the owner ran over and tried to stop Parker from driving off.

The men got into a scuffle with Parker grabbing the only thing he could find to use as a weapon.

Parker bashed with the man with the Good Book a few times and maybe it was divine intervention but Parker decided to give up on his carjacking attempt.

He ran off, dropping the Bible as he fled to scene.

Police eventually found him hiding behind a nearby house.

He’s been charged with assault and robbery.