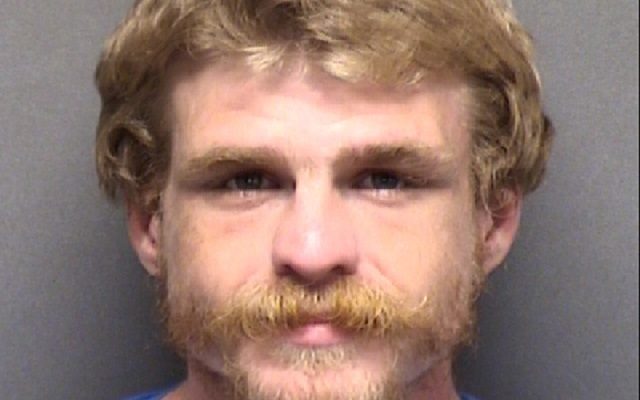 SAN ANTONIO (KTSA News) – A San Antonio man who threatened to blow up CPS Energy and kill his mother has been arrested after leading investigators on a high speed chase.

Thirty-one-year-old Jason Hagerty was driving a 2001 Toyota Echo Monday afternoon when investigators with the Bexar County Fire Marshal’s Office tried to pull him over.  According to the arrest affidavit obtained by KTSA News, Hagerty led them on a brief high-speed chase and stopped in front of his residence.

Investigators say Hagerty reached for something under the seat and came up with a screwdriver.  He refused to drop it, even after one of the officers broke his car window.  One of the investigators stated that Hagerty continued to hold the screwdriver “in a threatening manner towards me.”  The affidavit also states that Hagerty told the officer to “kill him” and he was going to “make us pay” because he was Jesus Christ and God was angry.

One of the officers fired two bean bag rounds at Hagerty and the suspect dropped the screwdriver, but he refused to get out of the vehicle.  Hagerty was pulled out of  the car, arrested and charged with resisting arrest and impairing or interrupting critical infrastructure.

Late last year, Hagerty was taken into custody for an incident involving a gas pipe leak in the Southeast Side.  He was questioned in December by investigators who reported that Hagerty was exhibiting signs of paranoia and was making threats against the government.  He was taken to a hospital for a psychiatric evaluation and was released a short time later.