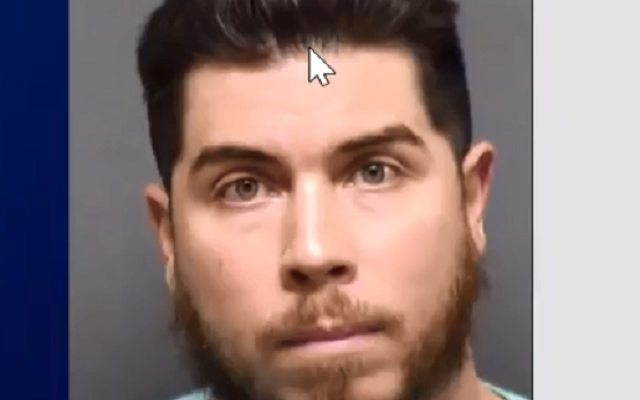 SAN ANTONIO (KTSA News) – A suspected drunk driver recently arrested after a traffic accident in the far West Side had a fake Drug Enforcement Administration badge, a gun and handcuffs in his vehicle, Sheriff Javier Salazar says.

The badge looked so authentic, deputies first thought they had arrested a DEA agent, but further investigation proved otherwise.

Salazar says 35-year-old Mark Anthony Hernandez has a history of violence against women, and one of the women he’s accused of assaulting was in his vehicle when he was arrested Dec. 20 after crashing into a parked car on Troubadour Trail.   Hernandez was in violation of the terms of his parole by being with his alleged victim.

Investigators are trying to determine why Hernandez was in possession of the fake DEA badge, handcuffs and gun. Salazar is asking anyone with information to contact BCSO’s Public Integrity Unit at 210-335-5124.

“Presenting yourself as a member of law enforcement is dangerous in and of itself, but the fact that he had the handcuffs and being capable of taking somebody under arrest–illegal as it may be–or restricting their movements, really does kick it up to a whole different ball game for us.” said the sheriff.