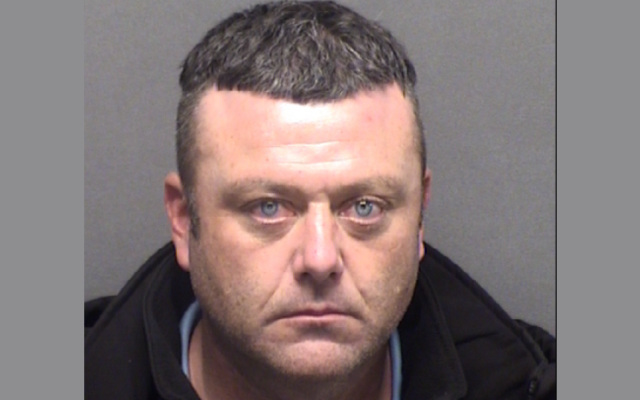 SAN ANTONIO (KTSA News) — The Bexar County Sheriff’s Office is announcing the arrest of a man after what started off as a call about a possible assault, but ended up with numerous charges related to fake identification and forged documents.

Sheriff’s deputies were called to 700-block of Overview Place on the northeast side on report a man with a violent past had returned to a location where a previous assault had occurred.

Upon arrival, deputies arrested 43-year-old David Gilbert on active warrants, but they would discover other items of interest afterward.

Investigators say Gilbert had numerous credit cards, identification cards and checks that looked like they might be stolen. Authorities say Gilbert had an ID printer, a credit card, black check stocks and a Texas driver’s license with a fake name, fake number, but still having Gilbert’s photo on it. Law enforcement also says Gilbert had fraudulent checks containing his fake name.

Gilbert now faces numerous charges, including possession of a controlled substance, tampering with government records, forgery of a government financial institution, among others.

BCSO says Gilbert is being held in the Bexar County Jail with a total bond of $180,000.00, with two charges being remanded without bond.