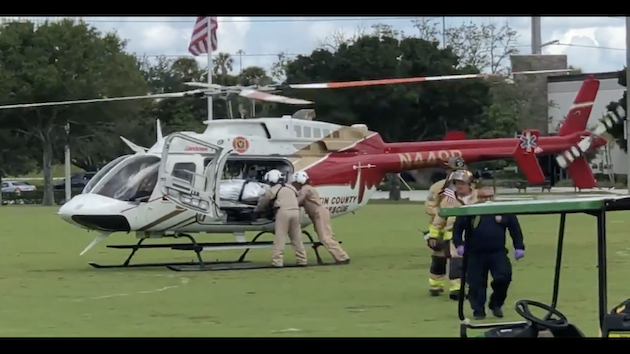 (MARTIN COUNTY, Fla) — A man said he was attacked by an alligator after falling off his bike in Florida on Monday, according to authorities.

Man seriously injured after being bit by an alligator at Halpatiokee Park in Stuart. Victim fell off of his bike and said he was attacked. First responders on are the scene now. pic.twitter.com/41d07hpZIT

First responders went to the scene at Halpatiokee Regional Park in Stuart and loaded the victim into a helicopter.

Stuart is about 34 miles north of West Palm Beach.