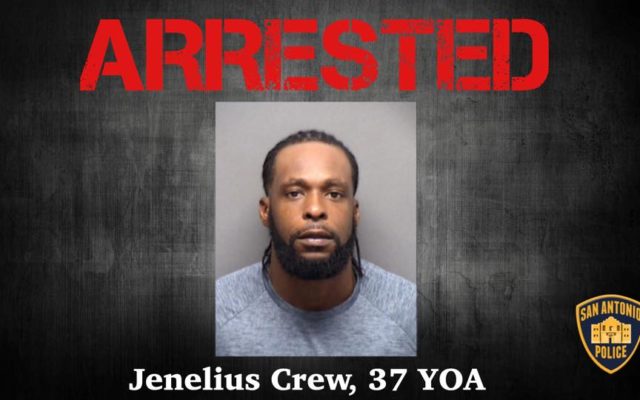 Police say 37-year-old Jenelius Crew was with a group of people that evening that had been at one bar on Broadway Street and went across the street to REBAR to continue their night out.

The bouncer at the door would not let them in, saying they were too drunk.

Police say Crew told the doorman, “Don’t you know who I am? I’m a UFC fighter from California.”  He then went back across the street, pulled out a long rifle, went back to the REBAR parking lot and shot eight people.

Police say they obtained a warrant for Crew’s arrest Wednesday.

The US Marshals Service received information the Crew was staying at a hotel in Miami.  Thursday morning, officers saw Crew leaving the hotel room and arrested him without incident.

“It’s apparent that criminals don’t pay much attention to city limits, county and state lines or even the borders of the United States,” said U.S. Marshal Susan Pamerleau.  “It’s the collaborative efforts and partnerships with state and local agencies that enable us to reduce violent crime across this nation.”

He is facing eight counts of aggravated assault with a deadly weapon and is currently being held in the Miami-Dade County Jail.