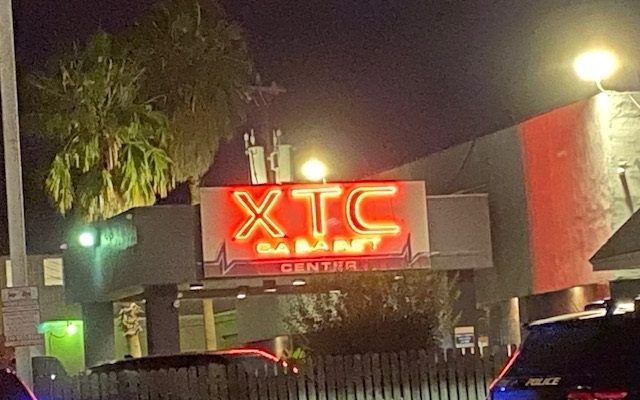 SAN ANTONIO (KTSA News) – A man accused of firing an AK-47 at a North Side strip club has been wounded by a security guard.

Police say a fight broke out around 3 a.m. Thursday at the XTC Cabaret on Sable Lane.  A man went to his car, got an AK-47, came back and opened fire.  A security guard shot him, and the man was taken to University Hospital with non-life threatening injuries.

Officers detained several people after the shooting, including Shei Pagan who told KTSA News she’s a former  employee at the strip club.  She says her car was stolen while she was in handcuffs and being questioned by police about a gun found in her car.

“I told them I’m legal.  My pistol’s legal.  I was violated before, so I have a right to carry a pistol,” said Pagan.

She was released, but her boyfriend was arrested.

” My boyfriend’s going to jail.  He already had paid for his warrants, but they arrested him,” Pagan told KTSA News.

Pagan says her boyfriend and his brother were defending her when the fight broke out inside the club near Broadway at Loop 410.   Her boyfriend’s brother is the suspect accused of opening fire with the AK-47.  He’s facing charges as he recovers at University Hospital and the investigation continues.

The XTC Cabaret doesn’t have a license to sell liquor. It’s a BYOB club.