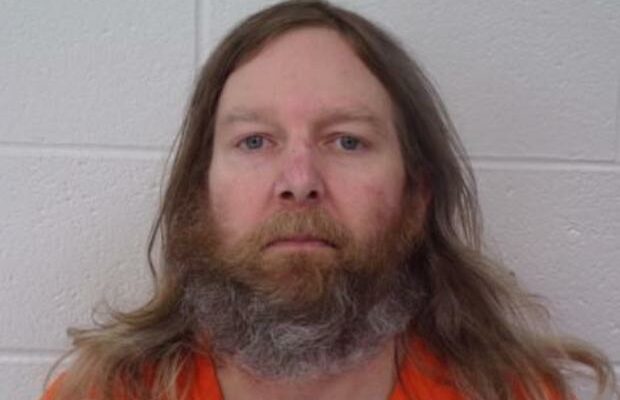 Jeffrey Burnham October 1, 2021 mugshot.  Allegheny County (Maryland) Sheriff's Office
A Maryland man charged in the deaths of his brother, sister-in-law and another woman may have killed his brother, a pharmacist, because the brother was administering COVID-19 vaccines, charging documents show, according to CBS Washington, D.C. affiliate WUSA-TV.

Jeffrey Burnham, 46, of Cumberland, “wanted to confront” his brother “with the government poisoning people with COVID vaccines,” one document reads, adding, “He repeatedly stated, ‘Brian knows something!'”

Burnham has been charged with two counts each of first- and second-degree murder, as well as weapons charges, CBS Radio affiliate WTOP-AM reports, and police said he’ll be charged in the death of Reynolds, a friend of his mother’s.

Howard County Police say they found the stolen Lincoln and learned the Robinettes lived nearby. When officers went to their home, they found the couple shot to death inside.

He was spotted around 9 a.m. on October 1 on the side of a road in Davis, West Virginia., in the stolen Corvette, authorities said.

Howard County Police say West Virginia State Police took him into custody without incident and found a gun inside the car. It remains unclear why Burnham had pulled off the roadway.