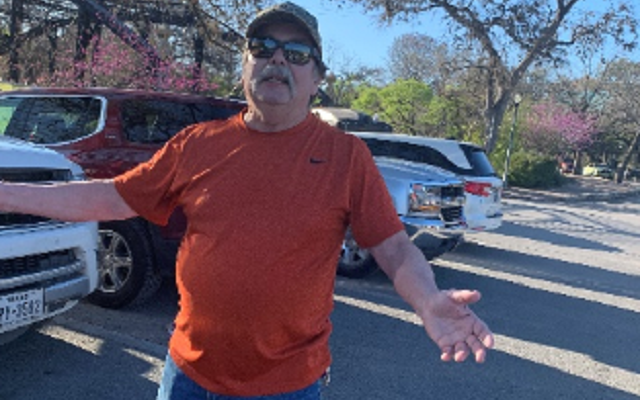 SAN ANTONIO (KTSA News) — San Antonio police are looking for a man who punched a woman in Brackenridge Park earlier this month.

Police say a woman was driving through the park at around 5 p.m. March 7th when a man accused her of nearly striking him with her car.  He hit the back of her car with his hand, they exchanged words and the woman drove off.

The woman parked her car and got out of her car.  That’s when police said the man came at the woman and punched her in the face.

A witness saw what happened, followed the man and took a picture of a him, but lost track of him.

Police are still looking for him.

The man is described as a white or Hispanic man in his mid 50 to late 60s, stands 5’8″, weighs 200 pounds with salt and pepper hair and mustache.

If you know who he is, where he is, or have additional information that can help the investigation, you are asked to call San Antonio police at 210-207-7635.