Many Americans moved to less pricey housing markets in 2020 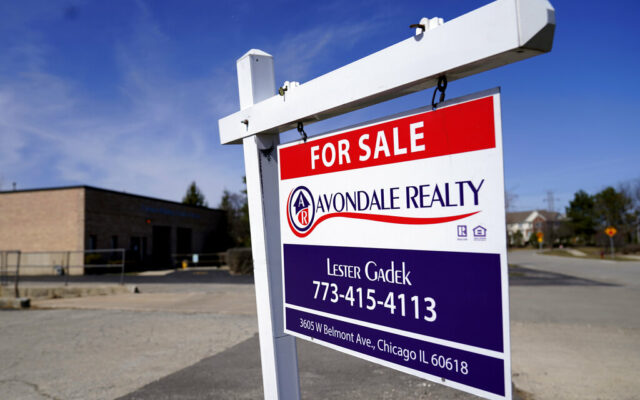 FILE - In this March 21, 2021 file photo, a "For Sale" sign stands along side a building lot in Wheeling, Ill. Mortgage rates were flat to higher this week, Thursday, June 3. The benchmark 30-year home loan remained below the 3% mark amid continued positive indications of the economy’s recovery from the pandemic recession. (AP Photo/Nam Y. Huh, File)

LOS ANGELES (AP) — Many Americans who moved last year relocated to areas where homes were, on average, bigger and less expensive.

On average, people who moved to a different city in 2020 ended up in a ZIP code where average home values were nearly $27,000 lower than in their previous ZIP code, according to Zillow.

Zillow based its findings on an analysis of data from tens of thousands of moves nationwide handled by relocation company North American Van Lines.

While the data doesn’t show how many people who moved ended up buying a home, it suggests many Americans used the pandemic, and the broader acceptance of working remotely, as an opportunity to flee higher-cost metropolitan areas.

Home prices have been steadily rising over the past decade, but 2020 was the first year since at least 2016 where people, on average, weren’t moving into areas with higher housing costs than they faced in their previous location, Zillow found.

“What that suggests to me is more movement away from the more expensive housing markets in the country,” said Jeff Tucker, a senior economist at Zillow.

A survey by Redfin of people who moved to a different metropolitan area in the 12 months since March 2020 found similar trends. About two-thirds of respondents now have the same or lower housing costs, and nearly as many said their new home is the same size or bigger. The survey was made up of 500 people who use the online brokerage’s website.

Many Americans continued moving to more affordable and less densely populated areas in the first three months of this year, according to some 300,000 moves handled by relocation tech company Updater.

The company found that pricey metropolitan areas like New York, Los Angeles and Boston, or midwestern cities like Cleveland and Indianapolis, continued to lose residents in favor of largely Southern and Western cities such as Nashville, Phoenix, Dallas and Tampa, Florida.

Still, outflows from dense urban cities such as New York, San Francisco and Boston slowed in the first quarter, the company said.

Rising prices, a dearth of homes on the market and the ability to work remotely motivated many Americans to relocate last year, especially those eager to move out of dense urban areas in the Northeast like New York City in favor of more suburban areas.

In the Zillow analysis, some of the metropolitan areas that saw the highest net outbound moves last year were Chicago, Los Angeles, New York, San Diego and San Francisco. Among the cities that saw the biggest net gain in people moving in: Phoenix, Dallas, Austin, Texas, Charlotte, North Carolina and Sarasota, Florida.

The Sunbelt cities in the South and West have been relocation hot spots for years as many Americans seek relatively affordable housing and warmer weather. And, of course, snowbirds and retirees from the Northeast and Midwest have long flocked to Florida, Arizona and Nevada, among other Sunbelt destinations.

The pandemic in many ways just intensified existing migration patterns and accelerated established trends, including that of people moving from the Northeast and Midwest to the Sunbelt, Tucker said.

Last year’s relocation wave, happening during a red-hot housing market, likely benefited relocating homeowners in particular. Competition would have helped push up their selling price, while moving to a less pricey area likely put them in the position to buy a bigger home at a lower cost.

Zillow also found that the average size of homes in ZIP codes where people moved to last year increased to 1,913 square feet from an average of 1,880 square feet in their previous location. That increase in square footage is about the size of a walk-in closet, pantry or bathroom.

“The move toward bigger homes is also consistent with this hypothesis that its being driven by home workers, because one thing they need is a home office in most cases,” Tucker said.