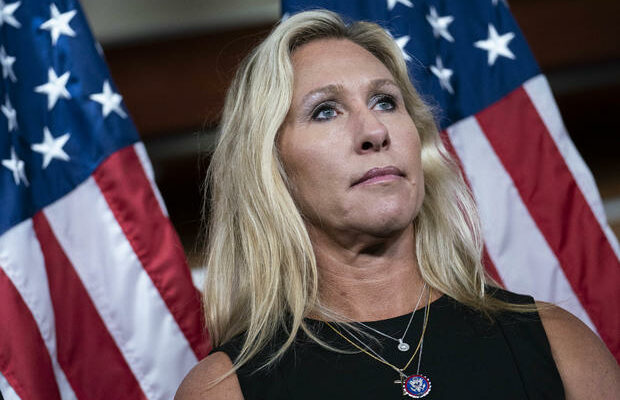 Representative Marjorie Taylor Greene has once again been suspended from Twitter for sharing misinformation about COVID-19. Her account is on a seven-day lock, according to Twitter.

The suspension comes one day after Greene tweeted that the FDA “should not approve” COVID vaccines. She falsely claimed that “vaccines are failing and do not reduce the spread of the virus and neither do masks.” The tweet is no longer able to be shared and has been attached with a label indicating that it is misleading.

A Twitter spokesperson told CBS News that Greene’s tweet was flagged for misinformation and that her account will be in read-only mode for a week “due to repeated violations.”

Greene wrote about the suspension on Facebook, saying, “I’ve been banned again.”

In a statement posted on Telegram, the Georgia Republican said she has vaccinated family members who are sick with COVID and that she has “talked with numerous people who have scary side effects.”

This is the second time Greene has been suspended from Twitter in less than a month for spreading misinformation about COVID-19. On July 19, the platform suspended Greene for 12 hours from being able to use her account after she falsely claimed that the virus is not dangerous for those who are not obese or over the age of 65.

She was also suspended earlier this year for spreading election conspiracy theories.

According to the company’s policy, Twitter users who rack up five “strikes” for posting COVID-19 misinformation can be permanently suspended.