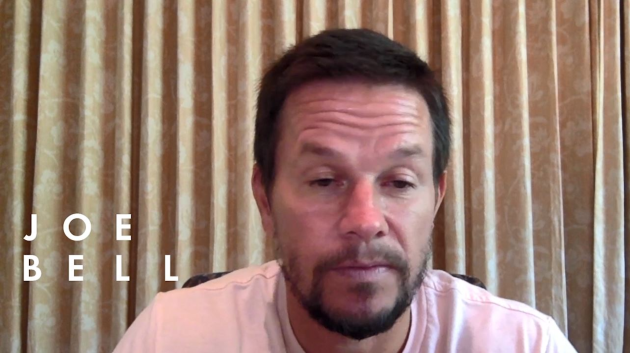 Mark Wahlberg stars as the title character in the new drama Joe Bell, a reality-based drama in which he plays a blue collar father who, in 2013, set off from Oregon to walk alone across country as a tribute to his gay son, who was bullied to the point of suicide.

Wahlberg, who also produced the film, said, “Just as a parent and father of four, felt, wow…This message needs to continue to get out there…”

He explained, “Jadin was such a brave and really tough young man. He was worried about what people thought, but he was devastated when his father told him not to be himself.”

“And when Joe realized that he was as responsible as the kids were bullying him at school, I think that the only thing he could do was go out there and promote this message….”

He says of his character loved his two boys, “But emotionally, intellectually, being there for somebody who’s dealing with something that’s complicated, he just didn’t have the skills to do it, you know, and unfortunately, he had to learn and carry that burden with him. But he was willing to do that.”

Wahlberg said of his onscreen son, “Reid Miller reminds me so much of both of my sons, so there is the fact that, ‘Oh my God, if this were to happen to me and to my family, how would I be able to handle this and deal with it?’”

He added, “You know, when I’m away, even on location…you’re sacrificing a lot to do what I do. So I know what it’s like to be away from my family….I just I was just so connected to it emotionally and in depicting it in the most real way possible.”