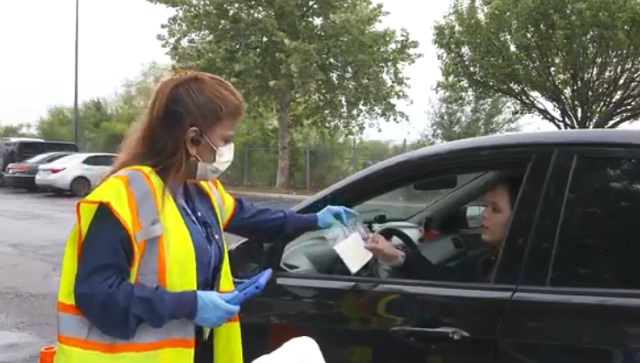 SAN ANTONIO (KTSA News) – Mass gatherings of more than 100 people are banned in San Antonio and Bexar County amid a surge in COVID-19 cases.  This comes after Gov. Greg Abbott signed an executive order allowing local officials to enact the crowd restrictions.

“The judge and I are updating our emergency orders today to prohibit outdoor gatherings of more than 100 people,” said Mayor Nirenberg at Tuesday’s COVID-19 briefing with Bexar County Judge Nelson Wolff.  However, peaceful protests are protected by the First Amendment.

He said it’s especially important ahead of the Fourth of July holiday.  Although the city-wide Independence Day celebration at Woodlawn Lake and other area events have been canceled, the mayor issued a warning about mixing households for celebrations.

“Social gatherings are a disease vector, especially when you’re mixing households,” said Nirenberg. “And the reason for that is that we know it’s the  duration of contact, as well as the close contact.”

Dawn Emerick, director of San Antonio Metro Health, says 58 percent of the recent positive cases were infected by close contact with a family  member or coworker who had COVID-19.

The mayor reported  311 new coronavirus cases and three related deaths Tuesday, bringing the death toll to 100.  The three latest victims were in their 70s. The number of cases since the pandemic began in March  has reached 7, 467.  Half of those cases were reported in June.

The  number  of COVID-19 patients in hospitals jumped to 518 Tuesday, with 146 in ICU and 79 patients using ventilators.  Nirenberg says that’s an increase of 19 from Monday, the largest single-day increase in ventilator use so far.

Nirenberg said it will be up to area  residents to take the necessary precautions and keep businesses open.  He urged everybody to wear face coverings, keep your social distance and wash your hands.

“This is a medical community.  “It’s people in white coats who are heroes in this city, and they’ve been screaming from the rooftops, ‘Do the right thing and we can save a bunch of lives,'” Nirenberg said.