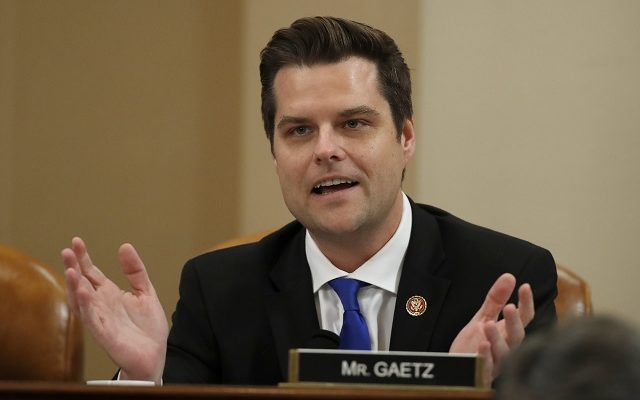 WASHINGTON (AP) – Rep. Matt Gaetz says he won’t leave Congress and denies he “slept with” an underage girl. He also suggests the accusations against him stem from politics.

The Florida Republican, starting his fifth year in Congress, has been battling to save his political career since reports last week that he’s under federal investigation for possible sex crimes. In a column in the Washington Examiner, a conservative news outlet, Gaetz predicted some of his “feckless colleagues in Congress” will call for him to step down.

But he writes, “no, I am absolutely not resigning.”

An aggressive and high-profile ally of Donald Trump, Gaetz has so far received almost no public support from congressional Republican colleagues and none from Trump.

Gaetz, 38, is under scrutiny over whether he violated federal sex trafficking laws, including if he had sex with a 17-year-old and other underage girls, paid them or offered gifts in exchange for sex.