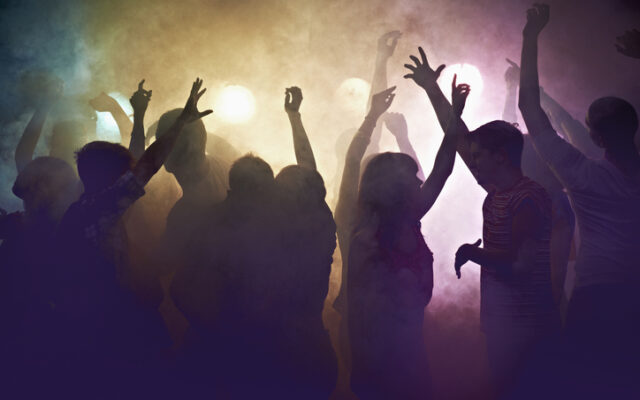 San Antonio police say officers were called to the club on Loop 1604 near Lockhill-Selma at around 2:30 a.m. Monday for a report of a fight.  When they got there, security needed the officers to go to the front of the club for another, separate issue going on.

There, a security guard was trying to stop a reckless driver in the parking lot who had struck another security guard.  The first guard exchanged gunfire with the people inside the car.  The guard was struck in his vest during the gun battle and hurt his arm, which EMS was able to treat at the scene.

The reckless driver left the area and police said was going the wrong way — eastbound in westbound lanes — and struck another car there.  No one was hurt.

The driver then turned things around and began going with the flow of traffic.  As they were going westbound, they continued shooting out of the car before they were stopped by San Antonio police officers in the area of the Loop 1604 and Interstate 10 interchange where three people were detained.

One of the suspects had multiple gunshot wounds.