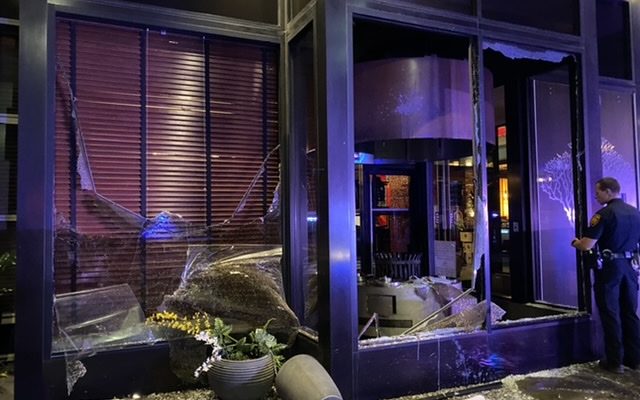 SAN ANTONIO (KTSA News) – Mayor Ron Nirenberg has signed a local disaster declaration and issued a temporary curfew after a peaceful demonstration turned violent, resulting in damage to some Downtown businesses and landmarks.

“This brief curfew will protect the safety of people and property in the downtown business district while allowing the vast majority of people to peacefully assemble,” said Mayor Ron Nirenberg.

“The situation was escalated by some bad actors whose only intent was to incite violence and cause destruction. The actions of a few do not represent the majority of those who came out to peacefully demonstrate,” said McManus.

During the hours of the temporary curfew,  persons must not travel on any public street or in any public place within the designated area of San Antonio’s Downtown Business District. Travel is defined without limitation as travel on foot, bicycle, skateboard, scooter, motorcycle, automobile or any other mode of transporting a person from one location to another.

A public place is defined as any place, privately or publicly owned that is accessible to the general public, including but not limited to public streets and roads, alleys, highways, driveways, sidewalks, parks, vacant lots, parking lots and unsupervised property.

A violation of the temporary curfew is a misdemeanor offense punishable by a fine of up to $1,000 and up to 180 days in jail.