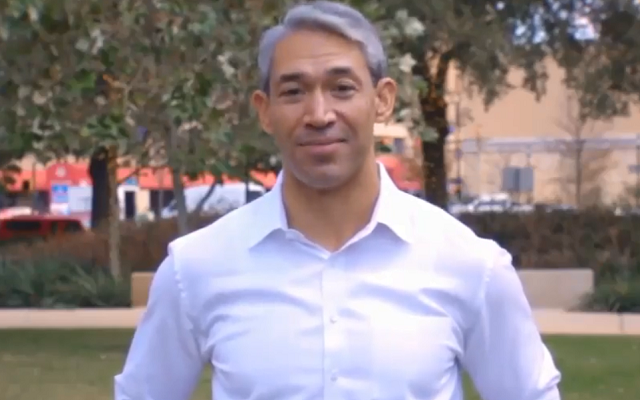 SAN ANTONIO (KTSA News) – This is Mayor Ron Nirenberg’s third time to run for the city’s top office and it’s the first time that Bexar County Judge Nelson Wolff has endorsed him.  Getting together practically every night since the pandemic began may have helped them grow closer.

“Every night for almost a year now, we’ve been together explaining to the people what we were facing, what safeguards they should take, rolling out a vaccine program,” Wolff said in the mayor’s virtual campaign kickoff Wednesday. “He’s actually provided dramatic leadership in this last year, so it’s my privilege to be able to endorse him for re-election.”

Nirenberg said this has been an extraordinary year and he promised that with the help of the community, San Antonio will get back on its feet.

“My goals can be summed up with one word–it is to be healthy–to have a healthy city with healthy people, a healthy economy, healthy opportunities, and a healthy future,” said Nirenberg.

Businessman and philanthropist Gordon Hartman, founder of Morgan’s Wonderland, also announced his support of Nirenberg’s quest for a third term.

“Ron has been the calm, steady and thoughtful leader that has brought the right amount of balance between the business community and all citizens,” said Hartman.” As  the 7th largest city in the Nation and one of the fastest growing economies in this country, Ron continues to move us forward while also focusing on all those who are less fortunate.

Greg Brockhouse, who lost a close race to Nirenberg in 2019, is expected to officially announce his candidacy for mayor on Saturday.