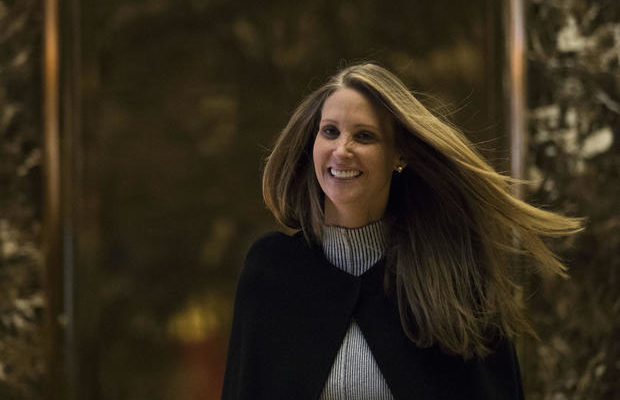 Stephanie Winston Wolkoff shared her correspondence with the first lady with The Washington Post to mark the release of her book, “Melania and Me: The Rise and Fall of My Friendship with the First Lady.” The messages, dated both before and after President Trump’s inauguration, appear to show the first lady “regularly us[ing] a private Trump Organization email account, an email from a MelaniaTrump.com domain, iMessage and the encrypted messaging app Signal while in the White House,” according to The Post.

Winston Wolkoff’s book chronicles her 15-year friendship with Melania, including her time working inside the White House in the early days of the Trump administration.

“The more time I spent with Melania, the more I genuinely liked her,” Winston Wolkoff writes of their early friendship, according to an excerpt published by New York Magazine. “Being with her was like having the sister I never had before — but a really confident, perfectly coiffed, ultimate older sister. In her world, nothing was a big deal, and everything was just as it should be.”

A seasoned event producer for Vogue — Winston Wolkoff planned the magazine’s annual Met Gala for a decade — she was tapped to coordinate President Trump’s inauguration in 2017 and became a senior adviser to the first lady. Her relationship with Melania, however, soured as scrutiny over the inauguration committee’s spending intensified. The White House eventually terminated her contract.

In her book, she writes that working for the Trump family was the “worst mistake” of her life, and wishes she had “never met” Melania.

Asked why she and the first lady used personal email accounts to communicate, despite the president’s longstanding assertion that Hillary Clinton should go to jail for using a private email server as secretary of state, Winston Wolkoff told CNN’s “New Day” that she was attempting to secure compensation for her work.

According to Winston Wolkoff, she didn’t have access to a White House email for the first month of working there, then it was “turned on and off, then it got completely shut off.”

Use of a private email account for government business is not expressly forbidden by law, and the first lady is not a government employee. But the Presidential Records Act stipulates that the records of those who advise or assist the president should be maintained so that they can be turned over to incumbent presidents, Congress or “pursuant to subpoena.”

Winston Wolkoff told The Post that she began recording her phone conversations with Melania in February 2018, and continued until January 2019, in order to protect herself from becoming the inaugural committee’s “fall guy.”

In 2019, federal prosecutors in the Southern District of New York subpoenaed the committee for records related to its donors, seeking information on what benefits they received in exchange for their donations. This year, District of Columbia Attorney General Karl Racine sued the committee, claiming it coordinated with Trump family members to overpay for event space in a way that enriched the Trumps. The committee raised a total of $107 million to stage events related to the president’s inauguration.

The White House has said Winston Wolkoff’s book is full of “mistruths.” Stephanie Grisham, the first lady’s chief of staff and spokeswoman, told ABC News that “anybody who secretly tapes their self-described best friend is, by definition, dishonest.”

According to Winston Wolkoff, the first lady would not protect her if the committee decided to cast blame her way. “I’m the perfect scapegoat,” she told CNN, adding that the people who were involved in planning the inauguration used her loyalty to Melania against her.

“‘The master of the dark,’ that’s what I say that the Trumps are. Especially Donald,” she said.

A host of administration officials have reportedly used private email accounts over the course of the Trump presidency. By September 2017, at least six close advisers to the president were said to have used private accounts to conduct government business. Among those accused of using private accounts to conduct public business are former chief of staff Reince Priebus, former chief strategist Steve Bannon, former chief economic adviser Gary Cohn, and senior advisers Stephen Miller and Ivanka Trump.

According to The Post, messages sent between Winston Wolkoff and Melania Trump not only covered inauguration plans, but also the president’s schedule during state visits, as well as government hires and contracts.

Winston Wolkoff said Americans should not be surprised that Melania was permitted to use a private email while her husband’s supporters chanted “lock her up” for the same offense.

“I think the Trumps are the Trumps, and they do whatever they want to do and they go by their own rules, and it’s unfortunate,” she said. “I don’t think they look at themselves in the mirror and actually see what the rest of the world sees.”