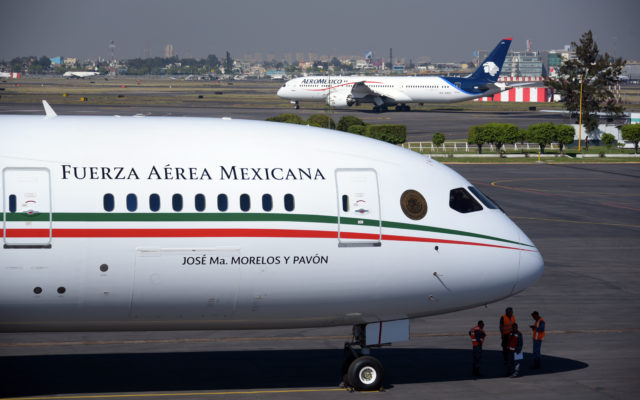 With that country’s presidential plane apparently up for sale, Lopez Obrador is flying in a Delta Airlines economy seat from Mexico City to Washington — with a layover in Atlanta — according to Mexican media outlet Reforma.

A photo and video put out by the Mexican newspaper shows Lopez Obrador with a window seat while some other passengers try to snag a photo of the Mexican leader.

The trip to Washington is very important for Lopez Obrador, who hopes to continue to build a strong relationship with Trump as part of his effort to pull his nation out of a deep recession.  He hopes to achieve this through foreign investment from countries like the United States — its largest trade partner — through the newly negotiated and implemented USMCA trade deal.  The Mexican leader’s visit to Washington — the first of his presidency — is to mark the implementation of that deal.

Lopez Obrador will have the president to himself after Canadian Prime Minister Justin Trudeau decided against making the trip over internal political and coronavirus concerns in Canada.