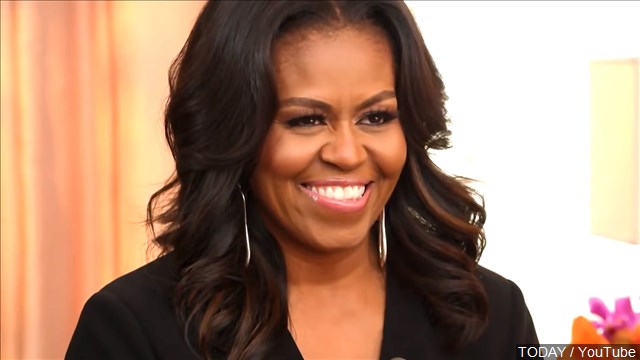 ▶ Watch Video: Note to Self: Michelle Obama pens emotional letter on loss, love, and making history
Former first lady Michelle Obama’s best-selling memoir “Becoming” is about to appeal to a whole new audience. Obama announced Wednesday she will release a new edition of the book for young readers.

“Being honest about who I am and sharing my story in Becoming was one of the most freeing experiences of my life,” she wrote on Instagram. “And one of the highlights of my experience was hearing from so many of you and getting into the kind of deep, honest conversations that leave everyone feeling more connected and nourished.”

The young readers edition is adapted for children ages 10 and older, and includes a special introduction for kids written by Obama as well as three full-color photo inserts, according to the book’s website. New paperback and young readers editions of “Becoming” will be available on March 2.

In her post, Obama said she hopes the new edition will be a conversation starter. “Maybe it’ll open up new dialogues with your children or grandchildren. Maybe you can use it as an opportunity to begin a book club with the young people you know or use it as an excuse to invite them into your existing book club,” she wrote.

The former first lady encouraged readers to share their thoughts on social media using the #IAmBecoming hashtag and tagging her.

According to Bertelsmann SE, the German media and services conglomerate that has a controlling stake in Penguin Random House, “Becoming,” which was first released in 2018, surpassed 10 million copies sold in 2019 — and those stats only include the company’s English, Spanish and German-language territories.

“I’m not aware, in my personal experience with Penguin Random House, that we ever sold 10 million units of a memoir,” chief executive Markus Dohle told The Wall Street Journal at the time.