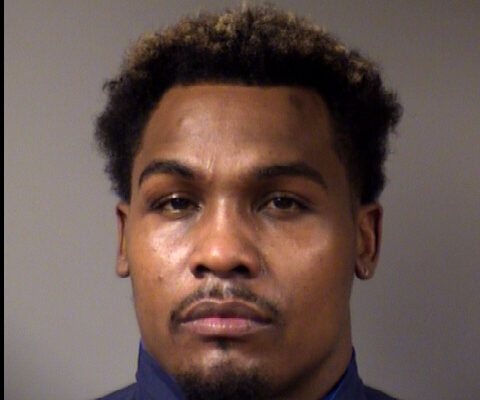 Police say Jermall Charlo attacked a waitress and stole her tips July 16 following an argument at Privat Martini Bar and Social Club on the northwest side of the city. The confrontation happened a day before Charlo’s twin, Jermell Charlo, fought at AT&T Center.

An arrest affidavit says the 31-year-old became enraged after his credit card wouldn’t run and claimed the woman was trying to steal it.

Police said security footage shows Charlo arguing with the waitress and two managers before snatching two server books and stealing the cash and other items from them.

The waitress told police her leg was injured when Charlo’s group left the bar.

Charlo turned himself in to police after multiple arrest warrants were issued. He was charged with three counts of robbery, a second-degree felony. He was released after posting a $15,000 bond.

Charlo’s attorney Kent A. Schaffer made a statement to KSAT Wednesday:

“I represent Jermall Charlo and I just saw your story regarding his case. I want to make clear that Jermall stole no money from anyone at the club and made no threats toward anyone. When they ran his card it was declined and he then received a fraud alert from Chase Bank asking if he had made the charge. He responded yes and they told him to have the charge submitted again. The waitress went to run it again and came back saying she could not find the card. Jermall was upset that his card was missing since it was a debit card tied to an account with a substantial amount of money. The waitress had his license sticking out of a portfolio and he took his license back saying that he didn’t want her to lose that too. By this time, many club employees were gathering in the hallway so Jermall’s handlers wanted to get him out of the club before trouble started and a club employee walked Jermall out to his car. Hours later Jermall’s assistant made contact with the club to give them another credit card number but the club refused to accept it. Over the last few weeks we have talked to the police, prosecutors and the club owner and although the club owner expressed his desire to drop the charges the officer insisted on filing charges to try to embarrass Jermall. At no time did he rob anyone or take any property other than his own.”