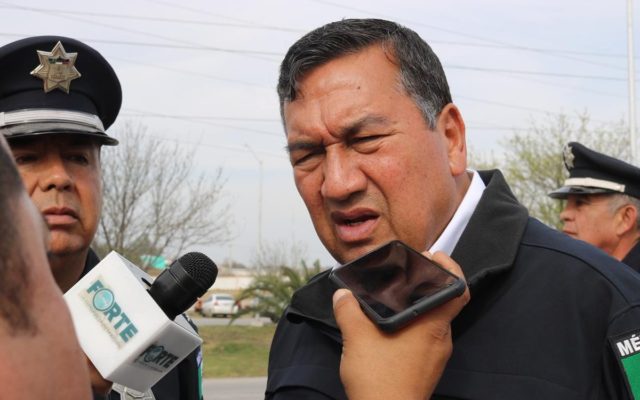 PIEDRAS NEGRAS, Mexico (AP) — An unused factory where roughly 1,800 Central American immigrants are being held in northern Mexico across from Texas is surrounded by heavily armed Mexican police and soldiers.
The San Antonio Express-News reports that the factory’s rooms have been turned into sleeping areas divided by age and gender, with blue foam mattresses for many people.
The caravan of mostly Honduran migrants is being held in Piedras Negras, Mexico, across the Rio Grande from Eagle Pass, Texas. It’s the first caravan in recent months to have arrived at the Texas border.
U.S. officials have bolstered security on the international bridges. Law enforcement vehicles have lined the riverbank.
Members of the caravan may have to wait weeks or months to request asylum. According to Mexican officials , customs officials in Eagle Pass process 12 to 15 applications a day.