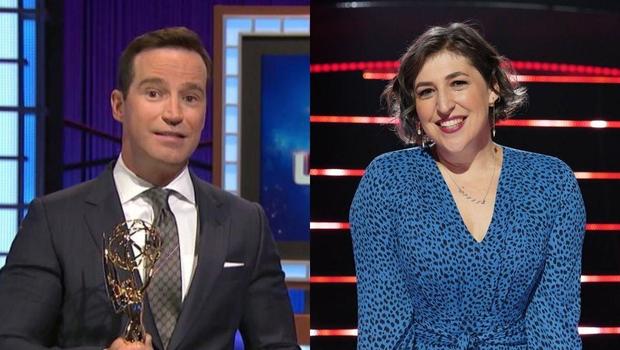 “Jeopardy!” has found its new hosts. Mike Richards, the show’s executive producer, has been named the new host of the beloved, syndicated game show, while Mayim Bialik will take over the primetime and spinoff series, the show announced Wednesday.

The news comes after “Jeopardy!” spent several months searching for a new host after the death of host Alex Trebek, who died after a battle with pancreatic cancer.

“We took this decision incredibly seriously. A tremendous amount of work and deliberation has gone into it, perhaps more than has ever gone into the selection of hosts for a show – deservedly so because it’s Jeopardy! and we are following the incomparable Alex Trebek,” Sony Chairman Ravi Ahuja said in a statement Wednesday.

Richards, a four-time Emmy winner, has produced multiple game shows, including “Let’s Make A Deal,” and “The Price Is Right.” Bialik, an American actress best known for her role as Amy Farrah Fowler in the hit show “Big Bang Theory,” drew rave reviews when she guest-hosted the show in July.

“Mike is a unique talent, at ease behind the podium and a double threat as producer and host. Mayim has a wonderful energy, an innate sense of the game, and an authentic curiosity that naturally represents the Jeopardy! Brand,” Ahuja said. “We are excited to get to work with them both and are confident that they will carry on the legacy of this iconic show.”

Ken Jennings, a fan-favorite contestant who guest-hosted the show this year, will also stay on as consulting producer. The show will begin filming Season 38 in August and expects to launch its first episode on September 13.

“I couldn’t be more thrilled to join the Jeopardy! family,” Bialik said in a statement. “What started out with my 15-year-old repeating a rumor from Instagram that I should guest host the show has turned into one of the most exciting and surreal opportunities of my life!”

“I’m so grateful and excited to continue to work with Mike Richards, and I’m just over the moon to join forces with him and Sony. After all the conversations we’ve had about this partnership, I am just so ready to get started!”