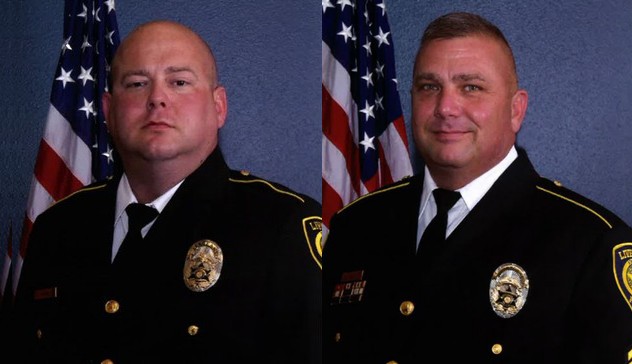 The Express-News reports that former Sgt. Jonathan Gann resigned Thursday and former Cpl. David Wall resigned Feb. 15 after an investigation revealed the men were romantically involved with a woman and gave her notice of police surveillance on her. Wall served the department for 12 years and Gann for 10 years.

The investigation began January 31 on policy violations after the department received an anonymous tip that Wall and two other officers were involved in possible misconduct, the department said.

The department spoke with the woman and she said she had been in a sexual relationship with both men and they both provided her with prescription drugs and possible narcotics. She also said that Wall warned her to avoid certain locations when buying drugs because they were under police surveillance.

The woman reportedly told Live Oak police that Gann warned her about a warrant issued for her arrest and eventually ordered officers to not contact her when they were sent to arrest her.

Police reported they discovered evidence to support the woman’s claims and both men were placed on administrative leave.

Police said Wall submitted his resignation in Feb. after an interview with an internal affairs investigator and Gann submitted his after a predisciplinary review board reviewed his conduct violations.