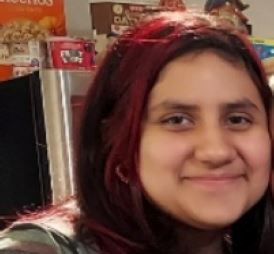 SAN ANTONIO (KTSA News) — Police are searching for a missing 13 year old who is believed to be in serious danger.

Bella Martinez was last seen at around 1:30 P.M. Thursday in the 400 block of Hot Wells Boulevard.

She is 5 feet 4 inches tall, weighs 170 pounds with brown hair and eyes. At the time of her disappearance, she was wearing a black t-shirt with rapper Ice Cube on front, black ripped jeans and black Crocs.

It’s believed she is with 17 year old Aryel Moreno. He is 5 feet 7 inches tall, weighs 200 pounds with black hair and brown eyes. He drives a gold Chevy Impala with a dent on the passenger side door.

If you have information on there whereabouts, call the San Antonio Police Department at 210-207-7660.