Missouri officer dies after being shot responding to call 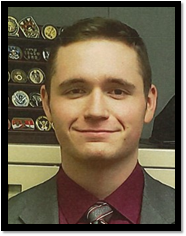 INDEPENDENCE, Mo. (AP) — A Missouri police officer who was still in training after graduating from the police academy in July has died after being shot by a man who opened fire on officers and was also killed, authorities said.

The Missouri State Highway Patrol said two officers went to a residence in Independence about 11:30 a.m. in response to a call to dispatch and were met by a man who fired a handgun at the officers.

Madrid-Evans was shot and the other officer returned fire, police said. The man who fired at the officers, later identified by the highway patrol as Cody L. Harrison, 33, of Gladstone, was pronounced dead a the scene.

The highway patrol was investigating. Additional information was expected to be released by police Thursday.

Madrid-Evans began his career with the department at the Kansas City Regional Police Academy in January and graduated in July. He had entered the department’s Field Training Officer program, the department said.