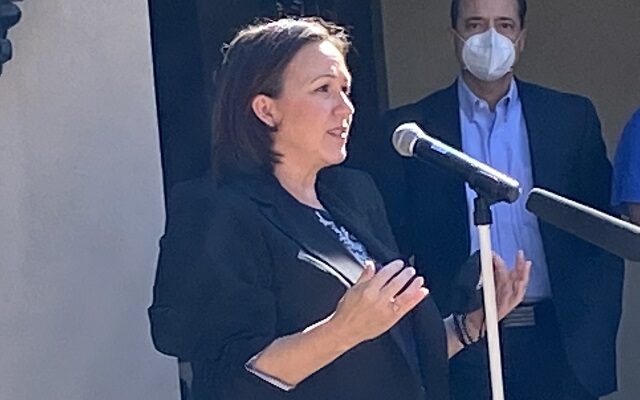 SAN ANTONIO (KTSA News) — Despite millions of out of state dollars helping to fund her campaign, MJ Hegar has come up short in her bid for the United States Senate.

The Democrat has conceded to Republican Incumbent John Cornyn who will return to the Senate seat he has held since 2002.

“I’m not a career politician, running for U.S. Senate was never my plan. I’m just one of the millions of Texans who saw the world we’re giving our children and thought ‘hell no.’ Together, we stood up and got to work, building a powerful grassroots campaign from the ground up, shattering voter turnout records, and most importantly sending a message to a previously safe Senator that he answers to us. I am confident that the work we did will move our state forward for years to come.”

Hegar battled through a crowded field of contenders to become the Democratic nominee to face Cornyn.  There was a twelve-person  primary then a runoff that was delayed until mid-July.

I’m so proud and incredibly grateful for all of your support. Together, we’ve worked so hard, and overcome so much, shattering expectations along the way. We’ve built a powerful grassroots movement from the ground up, and I know our fight here in Texas is far from over.