Mom reunited with daughters, newborn for Christmas after 100 days hospitalized with COVID-19 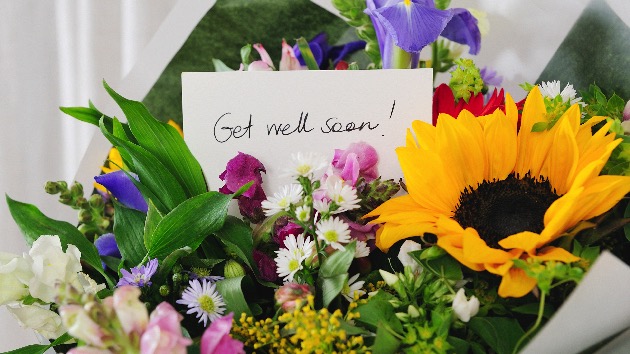 (CHICAGO) — When Autumn Carver was in her darkest days fighting off complications from COVID-19, which she contracted while pregnant with her third child, she said she still had hope she would make it home to see her kids and husband.

Now, the 35-year-old is savoring every moment of being home with her family after being discharged from the hospital in time for Christmas.

“We have a lot to be thankful for, for Christmas and celebrating the birth of Jesus and us being together,” she told Good Morning America. “It’s not so much about the presents and all that jazz, we’ll just be happy to be able to be all together for Christmas.”

Carver, of Indiana, was hospitalized in August with COVID-19 and gave birth on Aug. 27 in an emergency C-section while 33 weeks pregnant.

Her son, Huxley, was born healthy, but Carver would not meet him for the first nearly two months of his life.

Shortly after giving birth, Carver was placed on an extracorporeal membrane oxygenation, or ECMO, machine, which removes carbon dioxide from the blood and sends back blood with oxygen to the body, allowing the heart and lungs time to rest and heal.

She spent around two months on the machine, and was only taken off of it in late October, when she was also finally able to meet her son for the first time.

“That day was precious,” she said, recalling the day she met Huxley.

Several weeks later, on Dec. 1, Carver left Northwestern Medicine in Chicago and returned home for the first time in 100 days.

“It’s been awesome, better than expected,” said Carver, adding that her daughters were “shocked” to have her home. “The kiddos are still young enough that they’re resilient, but it’s taking them some time still to adjust,” she said.

Carver’s husband, Zach, spent nearly all the past 100 days of her hospitalization by her side while both sets of grandparents took care of their three children.

“Having my whole family under one roof for the first time was, I don’t have words to put on that,” he said. “Happy and joyful, they don’t compare to what I really feel. We’re just all so happy to be together, especially right before Christmas.”

The Carvers said they are especially grateful for every day that Autumn Carver is at home because of all the near-death moments she faced during her battle with COVID-19.

Carver’s husband said he was told multiple times over the 100-day journey that his wife may not make it. Just weeks ago, the couple said they were preparing for Carver to undergo a lung transplant.

“We would just pray together and use that to stay motivated,” said Carver. “We would look forward and we were just taking one day at a time.”

When Carver was discharged on Dec. 1, she was able to walk out of the hospital on her own and did not need oxygen support.

“I think using the word ‘miraculous’ is a very appropriate word,” said Dr. Ankit Bharat, chief of thoracic surgery at Northwestern Medicine, who treated Carver. “She’s not going to get her lung function back to where it was before COVID hit her, but she’ll be able to lead a normal life.”

Carver’s lung capacity is currently at 40% due to the damage done by COVID, according to Bharat.

“Even though her recovery has been miraculous, she’s still 40% and that’s significant,” he said. “It’s a reminder that this virus can affect anybody, whether you’re young or healthy, and you cannot take this lightly.”

Carver had no preexisting conditions and was doing CrossFit workouts right up until she started feeling COVID-19 symptoms. She said she hopes to be strong enough to workout again at some point, but her focus is getting strong again for herself and her family.

“We just totally have a renewed outlook on life,” said Carver. “As much as nobody wants to get up in the middle of the night [with kids], it’s easier for us to just count it as a blessing.”

Speaking of how it’s changed them as parents, she added, “We just take the time and sit down and do whatever they want us to do because we missed that so much for so long.”

Carver said her experience has also changed how she lives her own life daily, noting that she gives more hugs to the people she loves and tells them she loves them.

“I tell our girls every morning to be kind and to make somebody smile,” she said. “Our world could use a lot more kindness and forgiveness and joy.”