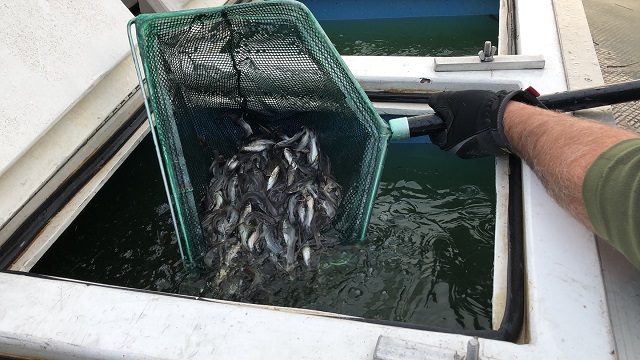 SAN ANTONIO (KTSA  News) – About 140,000 channel catfish have moved into Braunig and Calaveras lakes. CPS Energy and Texas Parks and Wildlife restocked the lakes this morning with the juvenile channel catfish.  They’re about 3 to 5 inches long.

“Catfish are definitely not new to these lakes,” said Dana Sotoodeh with CPS Energy. “We’re just restocking them because these lakes get a lot of fishing action.”

The utility company  partnered with Texas Parks and Wildlife because they have the resources to transport 140,000 channel catfish and sustain them while they’re being transferred to the lakes.

Sotoodeh told KTSA News they hope to maintain Braunig and Calaveras lakes as prime destination areas for anglers and families.

“We want to make sure that this is a place that the community wants to continue to visit,” said Sotoodeh. “You’ll see people out here fishing. You’ll see families hanging out here.”

The fish were distributed in two areas of each lake Tuesday morning.