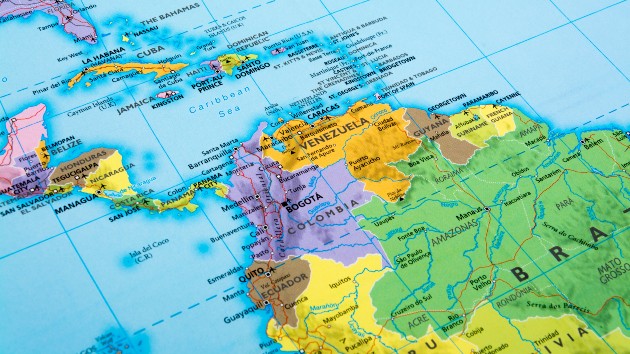 (NEW YORK) — In the United States and other Western nations, the toll from COVID-19 is finally beginning to ease, at least in part, because of the rapid rollout of highly effective vaccines.

But in parts of Latin America, where health systems are failing and vaccines are relatively scarce, a different story is unfolding, particularly among those in poverty.

More than one million people have died from COVID-19 in Latin America and the Caribbean as the virus continues to spread faster there than in any other region, according to Pan American Health Organization (PAHO). The number of deaths has doubled in just five months.

Dr. Jhon Cuenca Vega, a critical care physician from Guayaquil, Ecuador, told ABC News that health care providers throughout Latin America have not had the tools to handle the constant influx of hospitalized COVID-19 patients.

“We need to have a better health infrastructure,” Cuenca Vega told ABC News in an interview conducted in Spanish. “The infrastructure of our first-level care, second-level care, our laboratories, drug provisions and the organization of the health system itself — these worsened a pandemic that took everyone by surprise.”

Almost 89% of the deaths since the start of the pandemic have occurred in just five countries, PAHO reports: Brazil, México, Colombia, Argentina and Peru.

Burden on the poor

One of the issues is that impoverished people in Latin American countries, and elsewhere, have had to keep working to feed their families, but don’t have access to proper medical care if they get sick, according to Mario Cimoli, the deputy executive secretary of Economic Commission for Latin America and the Caribbean (ECLAC).

On the frontlines, with poor living conditions, poor sanitation and substandard medical care — Cimoli believes that the lower and working classes have been left to take the brunt of Latin America’s COVID-19 problem.

Research from ECLAC shows that 76.8% of Latin America’s population fell into low-income or lower-middle-income brackets in 2019.

“There’s an enormous gap — poor people have the hospital where the queue to have service is very long, where the capability to access it is very bad,” Cimoli said. “The lesson from this situation is for more inclusion, more equality and more possibility for people to be part of the middle class.”

Cuenca Vera and Cimoli fear that the health care systems and economies of these Latin American countries were already crumbling before the COVID-19 pandemic, and these pre-existing troubles have only been exacerbated since.

In a statement on June 2, PAHO blamed political leadership in these countries for failing to implement safety and health restrictions, and take care of its most vulnerable workers and citizens.

“PAHO is doing and will continue to do its part to support the response to the pandemic in the Americas, grounded in science and solidarity,” said PAHO Director Carissa F. Etienne in a statement. “But we can’t do this alone. We need leaders to prioritize the decisions required to stop this virus in its track.”

The COVID-19 landscape across the region

While North American countries are mostly reporting reductions in cases and fatalities, Etienne said that “Central America is reporting the highest number of deaths to date,” with one-third of hospitalized patients in intensive care units.

Peruvian officials announced that the country’s COVID-19 death toll is almost three times as high as it had officially counted, giving the country the grim distinction of having the world’s highest coronavirus per capita death rate, followed by Hungary.

Brazil, which has tallied more than 467,000 deaths, according to Johns Hopkins University, has been a coronavirus hotspot throughout the pandemic as it contends with a highly contagious variant. The country is experiencing a rise in new infections and hospitalizations — leaving some hospitals over 90% capacity, PAHO reports.

In Colombia, officials are reporting more than 20,000 cases each day, a 28% increase from recent weeks, with new cases tripling in certain regions of the country, according to the World Health Organization.

WHO also reports that Argentina has had more than 3.5 million cases since the start of the pandemic and recently was logging more than 30,000 new infections each day.

And according to PAHO, new infections have doubled in Panama, Belize and El Salvador in just the last week.

The region’s COVID-19 outlook remains grim in some cases, PAHO officials say, as local medical organizations scramble to get a hold of vaccines and calm the recent surge.

By contrast, the U.S. has at least 41% of its population fully vaccinated — one of the highest percentages in the world among large countries.

Vaccination rates across the region remain abysmal, with many countries lagging below 10%, but almost two million doses are currently in transit to Peru, Paraguay, Guatemala and Colombia, according to the PAHO. The U.S. also recently promised some six million doses to Central and South America.

“Latin America is crying out for vaccinations,” Cuenca Vega said. “Restrictions and isolation in the region can supplement an aggressive vaccination strategy, which is what our countries must do … to rebound economically and gradually win the battle against the coronavirus.”

According to PAHO, more than 125 million doses have been administered in Latin America, but Etienne said that’s not enough. In addition, misinformation about vaccines is hurting distribution efforts.

“This pandemic has taught us time and again that leadership determines the effectiveness of a country’s response,” Etienne said. “Sadly, across our region we’ve seen misinformation about COVID-19 sow doubt on proven health measures, often in the context of political disputes.”

Last summer, in La Serena, Chile, Paola Cariaga Manríquez’s husband fell sick with COVID-19. He spent a week in a facility designated for coronavirus patients, but as his symptoms got worse and he also developed pneumonia, he was finally moved to the hospital.

“The care when someone is within the health care system is good, but getting access to care is very slow — it does not work,” Manríquez said in an interview conducted in Spanish. “They do not have the capacity to address the entire demand for patients that currently exists.”

Manríquez said she fears for the economy and the people who are living in poverty due to the pandemic.

“Poverty and hunger have increased and people are living in very precarious situations,” Manríquez said. “But has the government noticed that people are going hungry?”

ECLAC estimated that the number of impoverished people rose in Latin America to 209 million by the end of 2020, which is 22 million more than in 2019. According to the Social Panorama of Latin America 2019, approximately 191 million people were below the poverty threshold in 2018, 72 million of whom are said to have experienced extreme poverty.

Cimoli said that the problems of these countries — the coronavirus pandemic, poverty, infrastructure — are connected and universal. He said the COVID-19 pandemic won’t be solved until other countries help the Latin American community sustain itself.

“Think: redevelopment together,” Cimoli said. “They’re thinking of the problem separately. The solution is an integrated way for development.” 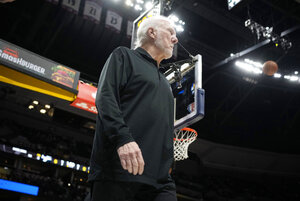