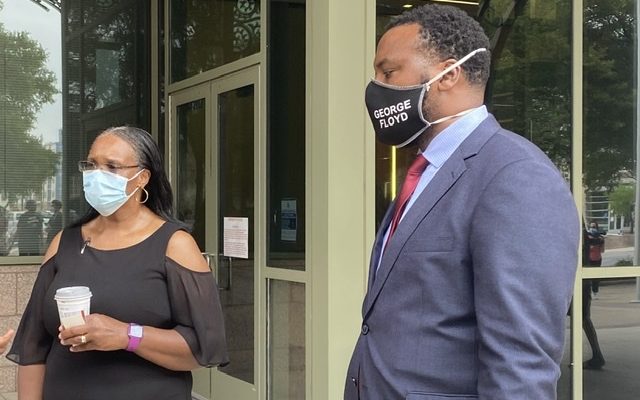 SAN ANTONIO (KTSA News) – The mother of  a combat veteran who was killed in a struggle with Bexar County sheriff’s deputies is demanding body cam footage and the name of the officer who shot Damian Daniels.

The 31-year-old  was suffering a mental crisis when deputies responded to his West Side home on Liberty field last week, but the family insists that Daniels was not suicidal.

“He was paranoid and he needed help,” said civil rights attorney Lee Merritt. “This family certainly won’t accept that it was necessary for them to murder Mr. Daniels in front of his home when he called for help.”

Bexar County Sheriff Javier Salazar has defended the actions of his deputies.  He says Daniels had a gun under his t-shirt and during a struggle, the officers were unable to gain control of his weapon, so one of them opened fire.

Merritt says deputies should have left when Daniels failed to comply, and the family is refusing to meet with the sheriff.

“We are publicly declining to meet with that murderous office ,” said Merritt. “You don’t meet with the family after you say your officers did a great job executing a family member.”

Merritt and Daniels’ family did meet with Bexar County District Attorney Joe Gonzales who promised that the case will be presented to a grand jury.

“It doesn’t matter if you wear a suit to work, hospital scrubs or military fatigues, Black people can never be safe when police are trained to kill first, ask questions later,” said Merritt.

Daniels’ mother, Annette Watkins, said,”To see a loved one  who is in clear crisis be senselessly murder after serving his country is unbearable.  We pleaded for help.  They gave us death.”