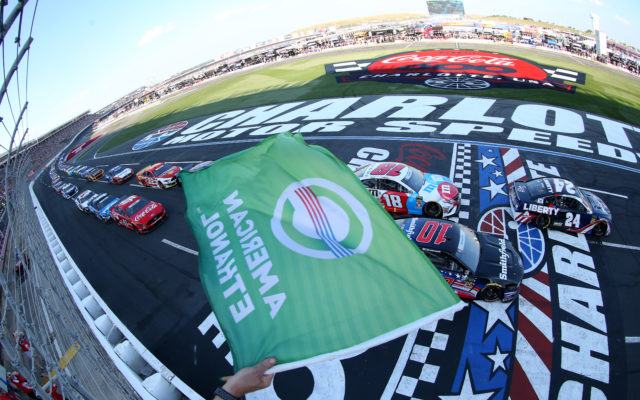 CHARLOTTE, NORTH CAROLINA - MAY 26: William Byron, driver of the #24 Liberty Patriotic Chevrolet, and Aric Almirola, driver of the #10 Smithfield Ford, lead the field to the green flag to start the Monster Energy NASCAR Cup Series Coca-Cola 600 at Charlotte Motor Speedway on May 26, 2019 in Charlotte, North Carolina. (Photo by Brian Lawdermilk/Getty Images)

(Texas News Radio) — NASCAR announced Thursday it will be running seven events across its three national series at two tracks over a 11-day period.

Each of the events will be run without fans in attendance.

“NASCAR and its teams are eager and excited to return to racing, and have great respect for the responsibility that comes with a return to competition,” said Steve O’Donnell, NASCAR executive vice president and chief racing development officer. “NASCAR will return in an environment that will ensure the safety of our competitors, officials and all those in the local community. We thank local, state and federal officials and medical experts, as well as everyone in the industry, for the unprecedented support in our return to racing, and we look forward to joining our passionate fans in watching cars return to the track.”

As part of the sanctioning body’s health and safety plan, NASCAR is implementing the following changes:

Practice and qualifying will be eliminated at all of these announced events except the Coca-Cola 600.

NASCAR will announce plans for the rest of the season at a later day.