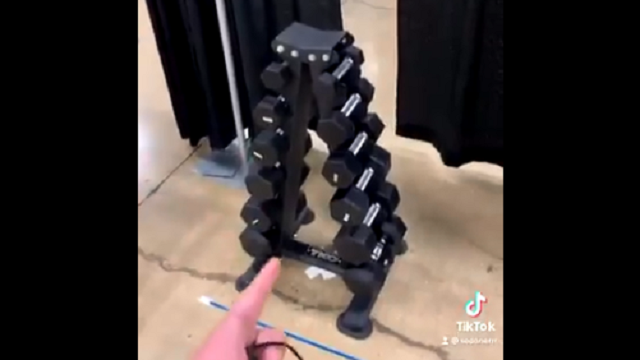 SAN ANTONIO (KTSA News) – A video showing the vast differences between the NCAA men’s and women’s training areas has received millions of views online and has drawn the attention from March Madness officials.

“I got something to show y’all,” Sedona Prince with the Oregon Ducks says in a video she shared on TikTok and Twitter. “This is our weight room,” she says while pointing at a small stack of weights at the women’s training facility.

Then she cuts to the spacious men’s weight room in Indiana, which includes a variety of training equipment.

“If you aren’t upset about this problem, then you’re a part of it,” she added.

Let me put it on Twitter too cause this needs the attention pic.twitter.com/t0DWKL2YHR

Prince also shared a video of the unsavory boxed meals provided for the women, as opposed to the large buffet for the men.

He cited their rush to organize the tournaments and working remotely as reasons for the disparity between the men’s and women’s training facilities.

“What we normally pull together over months, and indeed years, we have tried to do in weeks and in some cases, days, and that’s meant some shortcomings,” added Gavitt.

In addition to the Alamodome, the San Antonio venues include Bill Greehey Arena at St. Mary’s University and UTSA Convocation Center.