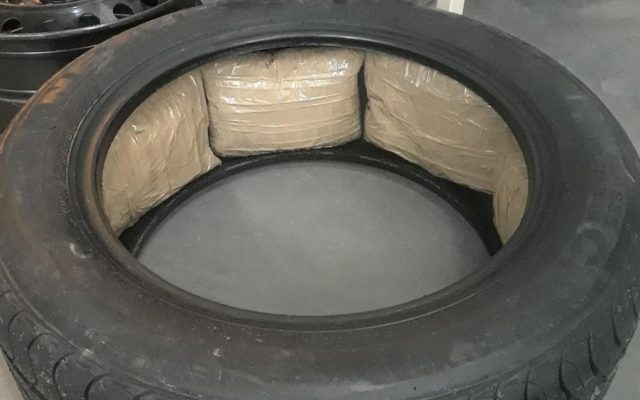 Ontario Provincial Police say the investigation began in December 2018 when Ford dealership employees became suspicious when spare tires not intended for Ford Fusions were in the trunks of the newly imported vehicles.

They found suspicious packages inside the tires and called police, who were able to determine it was methamphetamine.

Those vehicles were sent to four cities in Ontario.

Police were able to determine from Ford that they were produced in and sent by rail from Hermosillo, Mexico.  Investigators said nine of 14 other cars searched at 13 different dealerships had meth inside them.

Cars in different rail cars — but from the same shipment — bound for Quebec were also searched.  Six of those cars were also loaded with the drug.

Police were able to stop another shipment at the border and found the 12 of the 14 Ford Fusions in that trainload had meth as well.

In total, 180 kilograms of the drug were discovered and 150 cars have been identified to have been shipped to Canada.  Police say local law enforcement has been made aware of the chance that drugs could be contained in the spare tires.

Police officials at the Wednesday news conference stated that they are confident the Sinaloa Cartel is responsible for the shipment of the drugs, since the factory is in territory known to be a stronghold for the gang.

Police are also confident they disrupted the smuggling scheme since following shipments have not yielded any more drugs.  Investigators believe none of the meth that had been shipped through the cars were intended to end up at the dealerships, highlighting a breakdown in the cartel’s delivery plans.

Police say Ford has been cooperating with the investigation.

No arrests have been made nor have any suspects been identified.