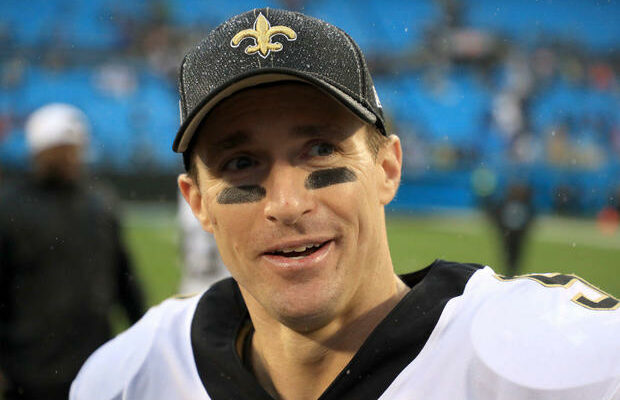 After 20 seasons in the NFL, the last 15 of which he spent with the New Orleans Saints, Drew Brees has called it a career. A 13-time Pro Bowler, one-time Super Bowl champion and perennial record-holder, the 42-year-old quarterback announced on Sunday that he has played his last down of competitive football.

While many assumed the Saints’ divisional round playoff loss to the Tampa Bay Buccaneers was the final game of Brees’ surefire Hall of Fame career, Brees waited two more months before officially announcing his retirement. Brees announced his retirement via a post on his Instagram account.

“Each day, I poured my heart and soul into being your quarterback. Till the very end, I exhausted myself to give everything I had to the Saints’ organization, my team and the great city of New Orleans,” he wrote. “I am only retiring from playing football, I am not retiring from New Orleans. This is not goodbye, rather a new beginning. Now my real life’s work begins!”

Brees alluded to the possibility of retiring following January’s playoff loss to Tampa Bay. The loss marked the fourth consecutive playoff defeat for the Saints and the third straight playoff loss at home.

“I’ve always tried to play this game with a great respect and a great reverence for it,” Brees told reporters after that loss. “I appreciate all that this game has given to me. There are obviously so many incredible memories, so many incredible relationships that have come as a result of playing this game. And you find out so much about yourself and you have to fight so much when you play this game. And I’d say this season, I’ve probably had to fight through more than I’ve ever had to in any other season in my career, from injury to all the COVID stuff to crazy circumstances. (But) it was worth every moment of it.”

Brees, who lingered on the Superdome turf after the loss to chat with fellow long-timer Tom Brady, departs the NFL as one of the most accomplished signal-callers in league history. A second-round draft pick of the San Diego Chargers in 2001, the Purdue product hangs up the cleats as the NFL’s all-time leader in career passing yards, completions and completion percentage, not to mention five All-Pro honors, two Offensive Player of the Year awards and the Super Bowl XLIV MVP.

Brees flashed with the Chargers during the first five seasons of his career, peaking in 2004 with a 27-touchdown campaign to help lead San Diego to a 12-4 finish. He’ll be remembered most, however, for redefining his legacy in New Orleans, which signed him in 2006 following a season lost to a torn labrum and got 15 years of arguably the steadiest QB production of the entire NFL. From 2006-2018, Brees missed just two starts for the Saints, seven times leading the league in passing yards, five times eclipsing the 5,000-yard mark and 10 times throwing at least 30 touchdowns.

Injuries hampered Brees during his final two seasons with New Orleans, as the veteran missed five games in 2019 and another four in 2020, but his numbers hardly ever slipped from the time he debuted with the Saints until the time he said goodbye to the Superdome. In nine of his final 12 NFL seasons, Brees posted a passer rating above 100, logging a career-high 116.3 in 2019. He was arguably the chief reason for New Orleans’ postseason consistency under coach Sean Payton, helping guide the Saints to nine different playoff appearances and captained the franchise to its first-ever Super Bowl victory in 2009, defeating Peyton Manning and the Colts.

This story originally appeared on CBSSports.com.