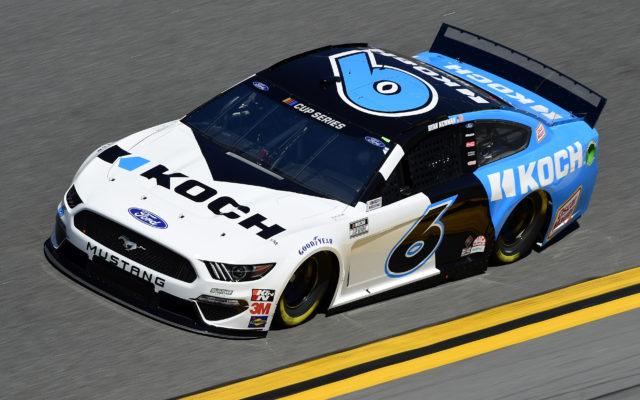 NASCAR executive vice president Steve O’Donnell delivered the news from both organizations in a brief statement to reporters.

Newman was leading the Daytona 500 on the last lap when he lost control of his car after a push from Ryan Blaney near the start-finish line that sent him into the outside wall, struck by Corey LaJoie and skidded upside-down along the front stretch.

“I mean, obviously not finding out anything about [Newman’s] wreck until essentially [Fox Sports reporter] Jamie [Little] told us no start-finish interview, and so I knew it was bad — I knew him crossing the track there was a bad scenario in the first place,” race winner Denny Hamlin said after the race.  “But yeah, it’s a weird balance of excitement and happiness for yourself, but obviously someone’s health and their family is bigger than any win in any sport.”

“We pushed Newman there to the lead, and then we got a push from [Hamlin], and I made a move off [turn] 4 on Newman and he blocked it and I kind of went low and he blocked that, so then I was committed to just pushing him to the win and trying to have a Ford win it, and I don’t know, we just got bumpers hooked up wrong and turned him,” Blaney said after the race.  “I hope he’s all right.  Looked pretty good.  Definitely was trying to push him to a win.  I don’t want to say those things happen.  I feel really bad about it.  Man, but close one.  But I hope Ryan is all right.”