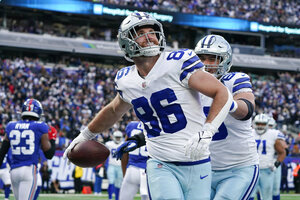 The NFL’s salary cap for 2022 will be $208.2 million, a healthy increase from the previous, pandemic-impacted years.

Adding in benefits attached to the cap, teams will be allowed to have a total player cost of $284.367 million.

Quarterbacks, of course, will have the highest franchise tag hit at $29.7 million. The 32 teams have until 4 p.m. Tuesday to apply franchise tags, and some clubs already have done so. The deadline for franchise-tagged players to reach a long-term contract with a team is July 15.

Free agency officially begins Wednesday, March 16, though teams can negotiate with player representatives beginning Monday. Most big deals get done in the two days before the league year officially starts.