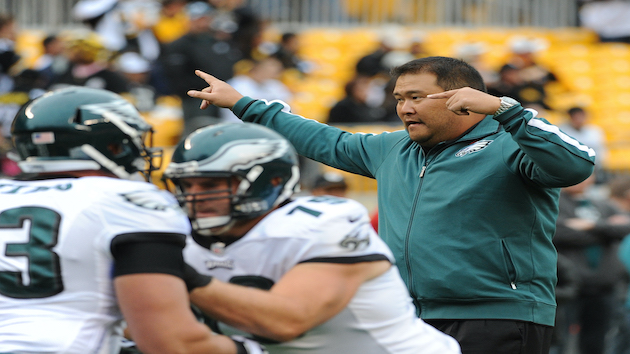 PITTSBURGH, PA - OCTOBER 7: Offensive line assistant Eugene Chung of the Philadelphia Eagles directs players during pregame warmup prior to a game against the Pittsburgh Steelers at Heinz Field on October 7, 2012 in Pittsburgh, Pennsylvania. The Steelers defeated the Eagles 16-14. (Photo by George Gojkovich/Getty Images)

(NEW YORK) — The NFL says it will review the allegations former offensive tackle and assistant coach Eugene Chung made during an interview with The Boston Globe.

Chung told the paper last Tuesday that when he was interviewing for an assistant coaching job this offseason the interviewer told Chung he was ‘not the right minority.’

“I was like, ‘Wait a minute. The last time I checked, when I looked in the mirror and brushed my teeth, I was a minority,’” Chung told the paper. “So I was like, ‘What do you mean I’m not a minority?’”

The interviewer responded, “You are not the right minority we’re looking for.”

Chung did not say which team he was interviewing with.

“We will review the matter. That comment is completely inappropriate and contrary to the leagues and workplace policies,” the league said in a statement. “The NFL and its clubs are committed to provide equal employment opportunities to all personnel in a matter that is consistent without commitment to diversity, equity, and inclusion.”

The Fritz Pollard Alliance, an independent group that promotes diversity in the league, called for an investigation.

“Alleged comments made to Eugene Chung by an NFL team during a recent interview should be investigated by the NFL,” the Alliance said. “If the comments regarding his status as a Korean American are true, it is further evidence that despite good faith changes to diversity-related policies, the NFL’s actual hiring practices are still riddled with discrimination.”

The league instituted the Rooney Rule in 2003, which required teams to interview at least one minority candidate for head coaching and senior-level positions.

There are five head coaches and five general managers in the league who are in the minority group.

The NFL has tried to improve efforts to hire minority coaching candidates this offseason, rewarding teams with extra draft picks if one of their coaches or executives is hired as head coach or general manager for another team.

If an assistant coach becomes a head coach or an executive becomes a general manager the team that loses the staffer will get third-round compensatory pick’s in the next two drafts.

In May 2020, the Rooney Rule was amended to require at least two minority candidates for head coaching openings and one for coordinator positions.

He played five seasons in the league with the Patriots, Jaguars, and Colts before retiring.

In 2010, Chung became an assistant offensive line coach for the Eagles. He stayed with the team for three years before joining the Chiefs staff in the same position.

In 2016, he joined the Eagles as the assistant offensive line/running backs/ run game coach and won the 2018 Super Bowl with the team. 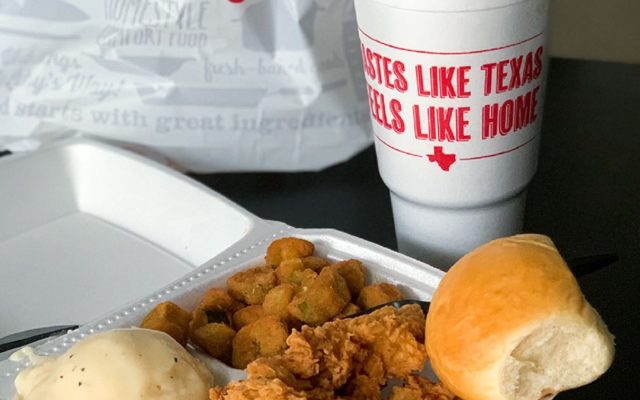 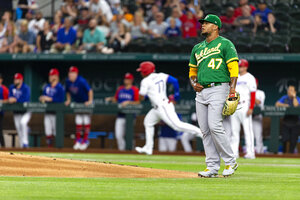