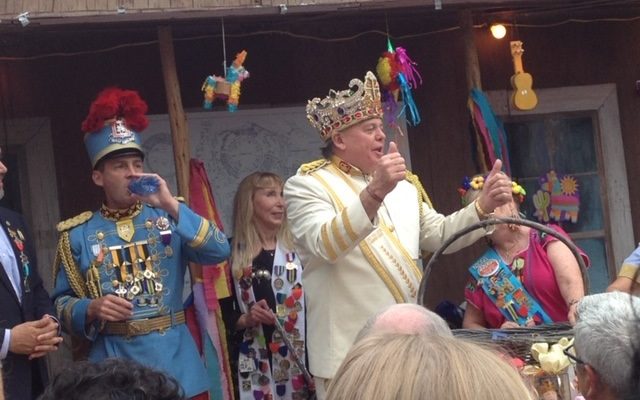 SAN ANTONIO (KTSA News) – Instead of partying through La Villita shoulder-to-shoulder, you could be bumper-to-bumper at the next Night in Old San Antonio.   If Fiesta San Antonio goes on as scheduled November 5-15, NIOSA planners are considering several social distancing options, including a drive thru.

Patti  Zaiontz, President of  The Conservation Society  of San Antonio, which sponsors the event, says that’s just one of the ideas they’ve discussed as they try to make one of the most popular Fiesta events safe in the COVID-19 era.  Guests would drive from booth to booth , either in La Villita or on designated nearby streets.

“We would serve some of our most popular NIOSA items while people meander through in their vehicles,” said Zaiontz. “We would focus on easy-to-eat foods and the things that are most popular.”

That includes chicken on a stick and beer, but  Zaiontz emphasized that they haven’t made any decisions yet.  With the help of a consultant who’s an epidemiologist, they’re looking at several ideas that would comply with  COVID-19 protocols.  They could have fewer booths and limit crowds.

“We would be outdoors and probably would not go inside any of the venues that we normally use,” Zaiontz said.

That means the Sauerkraut Bend area would be outdoors.  No cooling off inside the air-conditioned Villita Assembly Hall while listening to oompah bands or doing the “Chicken Dance.”

With coronavirus-related deaths, positive cases and hospitalizations continuing to surge, there’s a chance that Fiesta San Antonio will be canceled altogether.   Mayor Ron Nirenberg said Wednesday evening that he expected to have an announcement before the end of the week.

The Conservation Society depends on profits from their four-day event to support preservation projects  and educational scholarships year round.