Nirenberg: ‘I’m the mayor of this g** d*** city and we’re going to make change together” 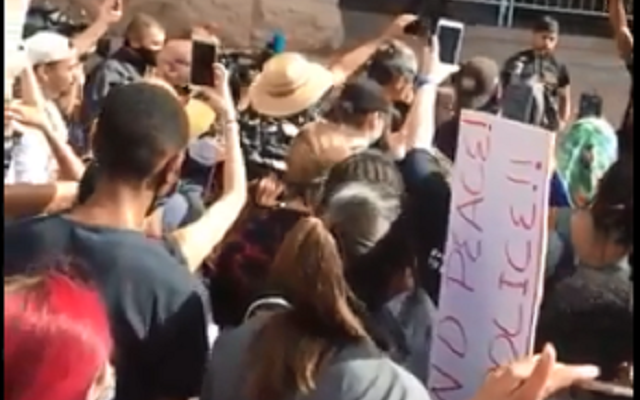 Nirenberg thanked them for having the courage to fight for change.  Some in the crowd yelled,”We need action.”

The mayor replied,” I know you need action and that’s why I’m asking you to hold me accountable.”

He told the peaceful protesters who were demonstrating against police brutality that many people want to go home, shut their eyes, feel safe  and depend on someone else to solve their problems.  The mayor said when people ask for your support or  your vote, you must hold them accountable.
Nirenberg noted there are people among the protesters and those in uniform who make mistakes.
“Let’s forgive that and hold me accountable for it, because I’m the mayor of this *** **** city and we’re going to make change together. God bless you all,” said Nirenberg.