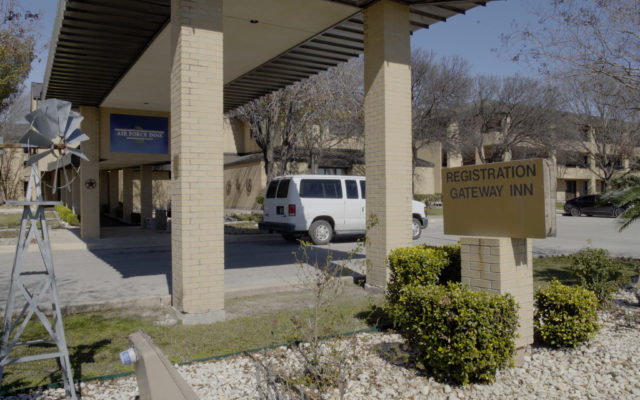 A Feb. 2, 2020 photo of empty lodging facilities at Joint Base San Antonio-Lackland, Texas. The Department of Defense is provide temporary lodging support for up to 1,000 passengers being evacuated from China to the U.S. in response to the coronavirus outbreak there. DoD has identified blocks of rooms at March Air Force Base, Calif., Travis Air Force Base, Calif., Marine Corps Air Station Miramar, Calif., Lackland Air Force Base, Texas, and Fort Carson, Colo. Under the HHS request, DoD installations are only providing housing support. HHS is responsible for all care, transportation, and security of the passengers. DoD personnel will not be directly in contact with the passengers and these passengers will not have access to any base location other than their assigned housing. (U.S. Air Force photo by Todd Holly)

Last week, Wolff and Bexar County Commissioner Tommy Calvert sent a letter to the federal government asking it to reconsider its policy of taking evacuees off the base at Joint Base San Antonio-Lackland for testing.  The extent of travel by these evacuees off the base had not been well-known by the public before Wolff and Calvert were informed of this practice.

Wolff and Nirenberg Tuesday sent a letter to U.S. Defense Secretary Mark Esper asking his department to keep these evacuees on the base for testing and even keeping those who test positive for coronavirus, but are not seriously ill, on the base.

“We have met with local hospital systems and their joint consensus and professional recommendation is that evacuees be tested and evaluated on base at Joint Base San Antonio-Lackland rather than being transported to offsite hospitals or facilities while they await test results,” the judge and mayor wrote in the letter.

“We acknowledge that the intent of the policy is to prevent active duty personnel from contracting the virus, thereby affecting military combat readiness; but it is our understanding that evacuees are already isolated from military personnel and that testing and evaluation capabilities exist on base,” it continued. “As such, we believe the transports present an unnecessary risk to both the military and the community.”

City, regional and federal healthcare officials confirmed Monday six people are actively being treated for the coronavirus at the Texas Center for Infectious Disease in San Antonio — all six were people under quarantine at Lackland.

Wolff and Nirenberg said more than 18 people have been taken off the base and held at either the TCID or a local hospital for days.  The two politicians said most of them had asymptomatic positive tests or had very mild signs or symptoms, with a dry cough being used as an example.

“We believe this policy is unintentionally forcing CDC and HHS staff to use methods that are counter to prudent management of a contagion in a quarantine environment, and it is resulting in the unnecessary transport of evacuees to hospitals or other areas in the city,” the duo wrote.

They said putting these patients in hospitals or TCID when they do not need active treatment keeps these facilities from effectively treating other patients in the city and greater region who need these resources.