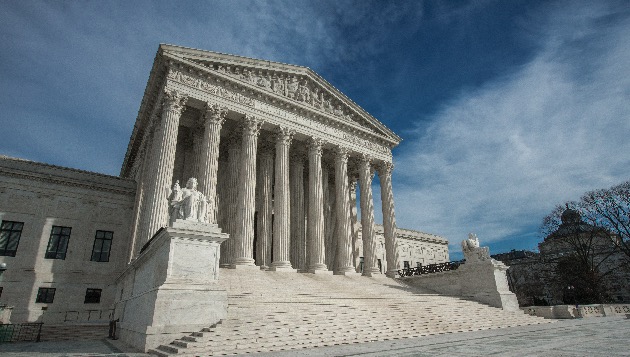 The prosecutors said their decision is in keeping with their oath of “protecting the integrity of our justice system and upholding the Constitution and rule of law.”

The group said their statement was partly prompted by rising concerns over the passage of laws in recent years in at least a dozen states that they say impose broad restrictions on abortion and are “ambiguous or silent as to whom they would hold criminally responsible.” Under the laws, patients, medical professionals and health care providers could possibly be criminally charged and imprisoned if the Supreme Court’s 1973 landmark decision giving women the Constitutional right to choose to have an abortion without excessive government restriction is struck down.

“Our commitment to not prosecute women who obtain abortions and health care professionals who provide treatment is not predicated on these concerns alone – and, indeed, would hold even if the protections of Roe v. Wade were to be eroded or overturned,” the prosecutors said in their statement.

The statement comes amid the backdrop of confirmation hearings for Amy Coney Barrett, the conservative appeals court judge President Donald Trump has picked to fill the High Court seat of late Justice Ruth Bader Ginsburg, who was the veteran of the Supreme Court’s liberal wing. Barett’s confirmation would heavily tilt the Supreme Court to the right by a count of six to three.

While Barrett has repeatedly declined during her confirmation hearings this week to say how she would rule on abortion, members of the Senate Judiciary Committee have posed questions in a manner suggesting they believe she opposes abortion.

Democrats have warned her confirmation could lead to the overturning of Roe v. Wade.

“Elected prosecutors are entrusted with immense discretion to protect the well-being and safety of everyone in their community and to uphold the Constitution and the rule of law,” said Miriam Krinsky, executive director of Fair and Just Prosecution, which organized the joint statement.

“In this time of crisis — when so many in our community are grappling with the challenges of a global pandemic, economic downturn, and tremendous uncertainty — elected prosecutors have the opportunity to lead and to offer peace of mind to women and health care professionals who might otherwise be placed in the untenable position of choosing between the exercise of personal health care choices and the threat of criminal prosecution,” Krinsky said.

Among the signatures on the statement are the attorneys general of California, Minnesota, Delaware, Vermont, Massachusetts, Oregon, Illinois, Pennsylvania, Colorado and Washington D.C.

The group represents a fraction of the more than 2,400 elected prosecutors in the nation, 83% of which are men.

In their statement, the prosecutors noted several laws recently passed aimed at curbing abortion rights, including the “heartbeat” law enacted in Tennessee in July that imposes restrictions on performing abortions, including gestational bans as early as six weeks. Under the Tennessee law, convicted violators can face prison sentences of up to 15 years and fines of up to $10,000.

In Idaho and Utah, the prosecutors said, recently enacted “trigger bans” would ban abortion with limited exceptions if Roe v. Wade were overturned or a constitutional amendment restricting abortion rights was passed.

“It is disturbingly clear that reproductive rights are under an unprecedented assault at both the national level and in many states, and my office has fought tirelessly to defend women’s rights against those assaults,” Delaware State Attorney General Kathleen Jennings said in a statement.

Jennings said she is grateful that Delaware and several other states had the foresight to codify Roe v. Wade into state laws to permanently protect women’s right to safe and legal abortion.

“But I am clear-eyed that this fight goes on beyond our state’s borders,” Jennings said. “Draconian laws that unconstitutionally restrict or outright abolish abortion make us less safe, not more, and the disinformation campaigns that warp the facts and denigrate women who choose to terminate a pregnancy are shameless.”

Several of the prosecutors who signed the statement are from states that have recently passed laws restricting abortion.

Danny Carr, who signed the statement, is the District Attorney of Jefferson County, Alabama, a state that enacted a law in May 2019 making it a felony for doctors to perform abortions in all cases, with the only exception being when the life of the mother is threatened. In October 2019, a federal judge blocked the Alabama abortion ban from taking effect and called the law unconstitutional.

Shameca Collins, is the district attorney for the 6th Judicial District in Mississippi, where Gov. Tate Reeves signed a law in July banning abortion based on the race, sex or genetic anomalies of a fetus. The law was passed despite a federal judge temporarily blocking another Mississippi law banning most abortions once a fetal heartbeat is detected.

Sherry Boston and Paul Howard, who also signed the statement, are both district attorneys in Georgia, a state that passed a measure in 2019 banning abortions after six weeks of pregnancy or after a doctor detects a fetal heartbeat. That law, too, was struck down by an appeals court as unconstitutional.

“As the elected District Attorney for my County, each day, firsthand I see the pain and trauma victims of crime go through and it is my responsibility to pursue justice for them and for all members of my community,” Boston said in a statement on Wednesday. “These laws not only fail to consider the needs of victims but they could actually harm public safety by spending prosecutorial resources on the victim or the professionals who provided them with needed and appropriate care, rather than on the perpetrators of child molestation, rape, incest, human trafficking, or domestic violence.”